Five wickets and a fifty in an ODI!

Shahid Afridi’s spectacular performance against West Indies was only the sixteenth occasion in one-day internationals when a player has taken five wickets and scored a fifty in the same ODI.

Shahid Afridi’s spectacular performance against West Indies was only the sixteenth occasion in one-day internationals when a player has taken five wickets and scored a fifty in the same ODI. Incredibly, Afridi’s herculean effort on Sunday at Guyana was the third instance when he had performed the fabulous feat. Back in 2000, at Lahore versus England, Afridi took 5 for 40 and made 61 off 69 balls as Pakistan won by eight wickets.

The second such instance was in 2011 against Sri Lanka at Sharjah. This time, Afridi blasted 75 off 65 balls and then claimed 5 wickets for 35 runs as Pakistan overcame Lanka by 26 runs. Thus far, Afridi remains the only player to have scored a 50 and taken a five-wicket haul in an ODI thrice. All the other players have achieved this feat only once. Here’s a look at some other names who have scored a fifty and claimed a five-for in a one-day match.

Sir Viv Richards: In an ODI played at Dunedin against New Zealand on March 18, 1987, Vivian Richards created history. He became the first player to register a century and take a five-wicket haul in the same match. West Indies batted first in the game and made 237 for 9, 119 off them came from the blade of Richards, who faced 113 balls and hit 10 fours and four sixes. In reply, New Zealand were bowled out for a paltry 142, with Richards taking 5/41. Richards’ wickets included John Wright, Jeff Crowe and Jeremy Coney.

Note: England’s Paul Collingwood is the only other player to have scored a century and taken five wickets in the same game. He did so against Bangladesh at Nottingham in June 2005 (112 not out and 6/31).

Kris Srikkanth: The Indian opener came up with a memorable performance during an ODI against New Zealand at Visakhapatnam on December 10, 1988. The Kiwis batted first and were restricted to 196 for 9 courtesy a surprisingly effective spell of bowling by Srikkanth, who ended the innings with 5 for 27. Srikkanth’s scalps included Ken Rutherford, Ian Smith and John Bracewell. The chase was also led by Srikkanth, who smashed a typically aggressive 70 off 87 balls with the aid of eight fours. Although India lost wickets at regular intervals, they got home four wickets in the end, with a few overs to spare.

Mark Waugh: The Aussie proved that he could be an all-rounder on his day. In a game against West Indies at the MCG on December 15, 1992, Waugh top-scored with 57 when Australia batted first. He hit five fours during his 70-ball stay. But, the other Aussie batsmen struggled as Australia fumbled their way to 198 for 8. Waugh however turned out to be the surprise hero with the ball as well. West Indies, at one stage, were cruising at 158 for 2 when Waugh worked his magic. He grabbed 5 for 24 in six overs as Windies collapsed to 194 all out. Waugh’s scalps included Lara and Richie Richardson, both of whom had made half centuries. 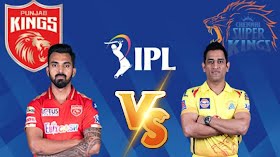 Apr 16, 2021: An unsure Chennai Super Kings (CSK) will face a comparatively formidable Punjab Kings (PBKS) in match number eight of IPL 2021 at the Wankhede Stadium in Mumbai on Friday. CSK were under-par, especially in the bowling department, as they went down to Delhi Capitals (DC) by seven wickets in their opening game.