Taskin Ahmed registered excellent figures of 4 for 25 as Bangladesh beat Netherlands by nine runs in match number 17 of the ICC Men’s T20 World Cup 2022 at the Bellerive Oval in Hobart on Monday, October 24. Batting first after losing the toss, Bangladesh managed a disappointing 144 for 8. However, their bowlers - Taskin and Hasan Mahmud 2 for 15 - ensured that their team did not suffer an upset at the hands of the Dutch outfit.

Bangladesh openers Najmul Hossain Shanto and Soumya Sarkar added 43 for the opening wicket. The partnership was broken by Paul van Meekeren, who had Soumya Sarkar caught for 14. Shanto’s innings then ended on 25 as he was dismissed by Tim Pringle. Bangladesh’s middle-order stumbled as they lost Litton Das (9), skipper Shakib Al Hasan (7) and Yasir Ali (3) in quick succession. The batting side were struggling at 76 for 5 in the 11th over.

Afif Hossain (38 off 27) and Mosaddek Hossain (20 not out off 12) played key knocks as Bangladesh finished with a challenging total. For Netherlands, van Meekeren and Bas de Leede claimed two wickets each, while Pringle, Shariz Ahmad (1/27) and Logan van Beek picked up one wicket each. 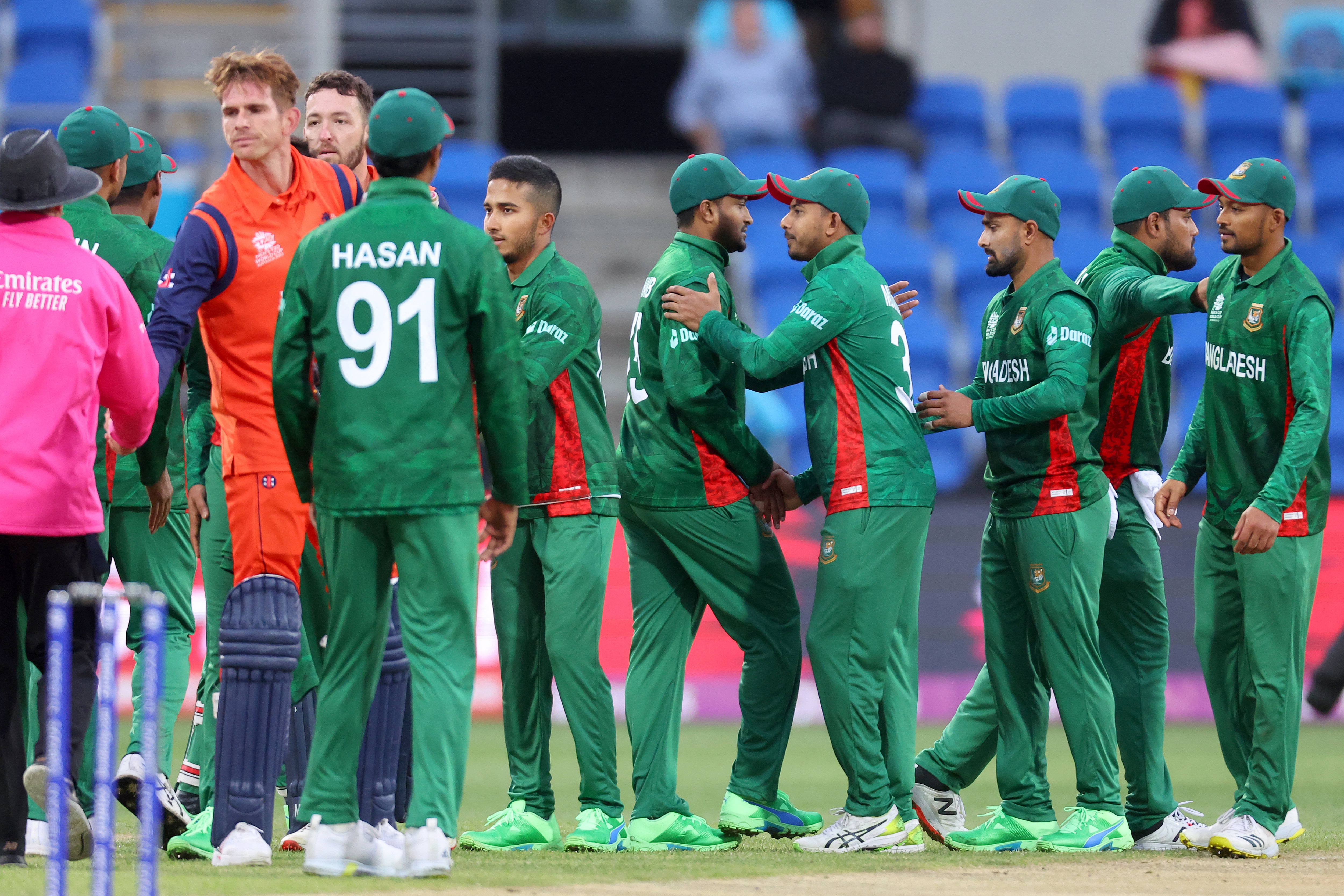 Netherlands got off to a terrible start and were 15 for 4 in the fourth over. Vikramjit Singh (0) was caught at slip off Taskin first ball, while de Leede (0) gave a catch behind the wickets. Max ODowd (8) and Tom Cooper (0) then got run out as the Dutch completely lost their way in the chase.

Colin Ackermann held the innings together for Netherlands with 62 off 48 balls, hitting six fours and two sixes. However, Taskin returned to dismiss him and Shariz in the same over, the 17th of the innings. Van Meekeren hit three fours and a six in his 14-ball 24 to give Bangladesh a slight scare. He was last man out to Sarkar as Netherlands ended on 135.

Speaking about the morale-boosting win, Bangladesh skipper Shakib said, “It was very important to get a win. I have played all the editions of (T20 World Cup) but we haven't won and that was on the back of my mind. We kept losing wickets at regular intervals and that wasn't helping us. We knew that 155 would have been a great total, we were 10 runs short. The fast bowlers bowled well. Taskin has been a good bowler for us, he has the experience and pace.”