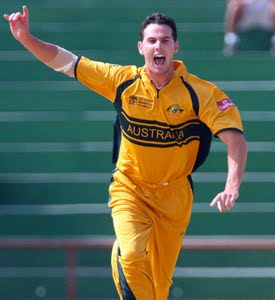 The Dolphins said on Thursday that Tait will join the Durban-based team in February 2012 for the domestic Twenty20 competition.

Tait, who plays for South Australia back home, retired from one-day internationals after this year's World Cup to focus on Twenty20s.

He says in a Dolphins statement: "I am genuinely excited to be given this opportunity and am looking forward to playing my part with the Dolphins."

Dolphins chief executive Jesse Chellan says: "We are absolutely delighted to have secured Shaun. He is a world class, match winning fast bowler."