Great performance from ball one: Rohit Sharma after India thump England by 50 runs

Indian captain Rohit Sharma hailed the team after they beat England by 50 runs in the first T20I of the three-match series at The Rose Bowl in Southampton. According to the skipper, the team put up a great performance from ball one and showed the kind of intent needed.

India batted first after winning the toss and put up an impressive 198 for 8 on the board. Hardik Pandya starred with 51 off 33 while Suryakumar Yadav (39 off 19) and Deepak Hooda (33 off 17) also played handy knocks.

During the chase, England lost their captain Jos Buttler for a golden duck as he played all around a superb inswinger from Bhuvneshwar Kumar. After his heroics with the bat, Hardik shone with the ball as well, claiming 4 for 33. Arshdeep Singh also impressed on debut, picking up 2 for 18. England were bundled out for 148 in 19.3 overs. 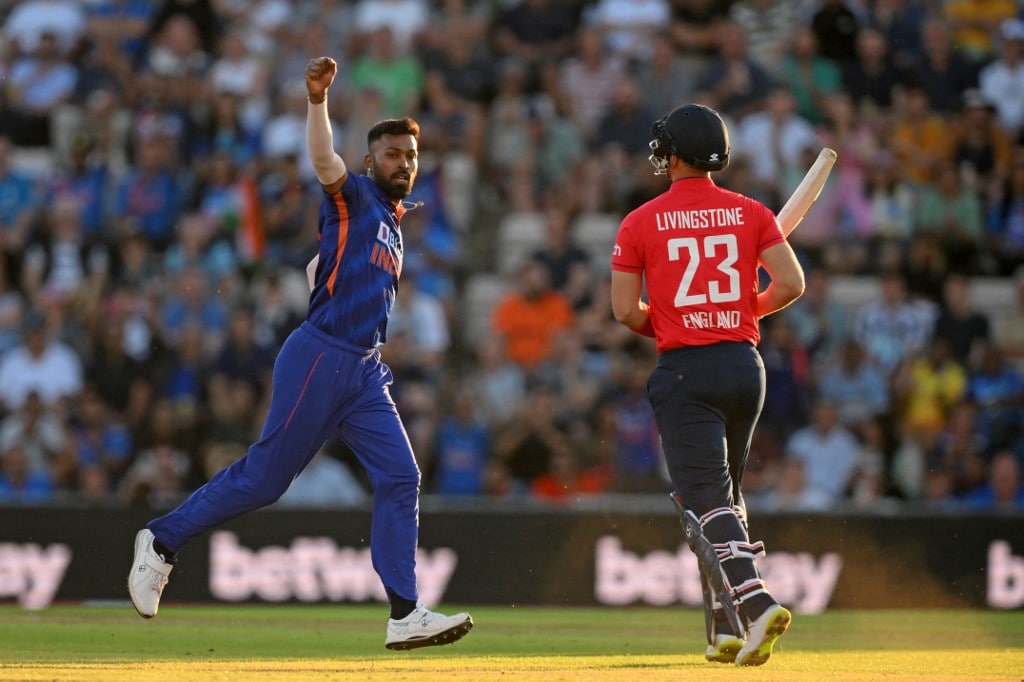 Speaking after registering his record 13th consecutive win as T20I captain, Rohit said in praise of the team, “Great performance from ball one. All batters showed intent. Although the pitch was good, we played good shots and never got ahead of the game. You got to make use of those six overs in the powerplay.”

He added about the team’s strategy at the start of the innings with the bat, “There is a certain approach we want to take in the powerplay. You got to back yourself in this game, sometimes it comes off, sometimes it doesn't. The whole batting unit needs to understand the direction the team is taking and the guys were spot on today.”

Singling out Hardik for special praise, the 35-year-old said, “I was impressed with his (Hardik) bowling. He wants to do that a lot more in the future, bowled quick and used his variations too. Of course his batting is there for us to see. That's the reason we wanted to bat (ball swinging under lights).

On the decision to bowl second after winning the toss, Rohit explained that, at times, bowlers get help in the evening. He said, “Sometimes it does swing in the evenings and we wanted to utilize that. Both the new ball bowlers used the swing and stopped their batters.”

While India were excellent with bat and ball, they were extremely poor in the field, dropping a number of catches, with Dinesh Karthik being the culprit on more than a couple of occasions. Rohit admitted, “We were sloppy on the field. Those catches should have been taken. Pretty sure we will field pretty well in the coming games.”

The second T20I of the series will be played at Edgbaston in Birmingham on Saturday (July 9).