Jasprit Bumrah is not out of the World Cup yet: Sourav Ganguly

The Board of Control for Cricket in India (BCCI) President Sourav Ganguly has responded to reports that lead pacer Jasprit Bumrah has been ruled out of the T20 World Cup due to a back stress fracture. He stated that it is too early to conclude the same.

A couple of days back, a PTI report, quoting a BCCI official on condition of anonymity, claimed that Bumrah is out of the T2 World Cup having suffered a back stress fracture. The official suggested that the 28-year-old could be out of action for as much as six months.

Speaking to RevSportz over the matter, Ganguly commented, “Let’s see Bumrah is not out of the World Cup yet. Let’s see what happens. Fingers crossed."

He added that a final decision on his availability will be taken over the next two to three days. The former India captain said, “I don’t know, we will find out in the next two or three days. We have our fingers crossed. Don’t rule him out yet.” 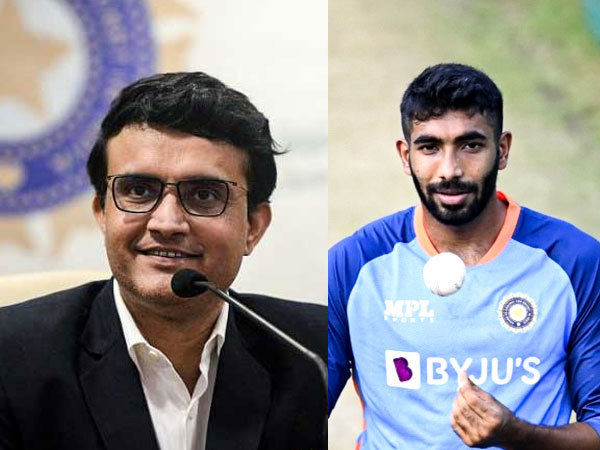 On Friday, Bumrah was ruled out of the ongoing T20I series against South Africa. An official BCCI release confirmed that Mohammed Siraj has been named as his replacement. Bumrah missed the opening match of the series due to an injury. Earlier, he was rested for the first T20I against the Australians, before return to play the second and third matches. He missed the entire Asia Cup due to a back injury.

The Indian cricket team, led by Rohit Sharma, is scheduled to leave for Australia on October 6, a couple of days after the conclusion of the T20I series against South Africa. As of now, it is unlikely that Bumrah will travel with the team. The medical team is working on him to try and get him fit. He can be sent to Australia at a later date, if he achieves the required fitness level.

The PTI report, which ruled Bumrah out of the World Cup, quoted a BCCI official as saying, "Bumrah is not going to play the T20 World Cup for sure. He has a serious back condition. It's a stress fracture and he could be out for a period of six months.”

"Losing Bumrah and Jadeja will be huge for India. We didn't expect that things will pan out as they have. He was rested for the Asia Cup precisely to manage his workload management. Now it remains a question if he was even fit enough to play the Australia series," the senior official further said.