When India declared their second innings close after Ajinkya Rahane notched up his second hundred of the match, victory seemed a formality for India. South Africa were left needing to chase 481 in nearly 160 overs

When India declared their second innings close after Ajinkya Rahane notched up his second hundred of the match, victory seemed a formality for India. South Africa were left needing to chase 481 in nearly 160 overs. A victory was out of question for the visitors, but given their batting form in the series, even batting out 80 overs seemed like an improbable task for the Proteas. But, the South African top-order put up their most defiant effort of the series, batting out 72 overs losing only two wickets. Although they scored only 72 runs, batting out time was more important than anything else.

By the end of day four, the first time a match has progressed that far in this series, South Africa had given themselves a more than decent chance to save the Kotla Test in Delhi. While the pitch is still playing tricks, as was evident by Virat Kohli’s dismissal, with a ball that crawled on to him, it is possible to survive even while defending firmly, as Temba Bavuma, Hashim Amla and AB de Villiers displayed, curbing their natural game. Now, if Faf du Plessis and JP Duminy can the efforts of the top order on the final day, South Africa might escape jail.

South Africa’s ‘blockathon’ on the penultimate day was as tedious as it was fascinating. The innings again began on a poor note. There was a sense of déjà vu all over Dean Elgar’s dismissal. Ravichandran Ashwin got one to tail in, and leave the batsman at a last minute, forcing the out of form opener to edge it to slip. Elgar was gone for 4, and South Africa were 1 down for 5. An early finished seemed on the cards. But, what followed would have left India rather shell-shocked. South Africa lost only one more wicket in the day, and finished with a run rate of 1. 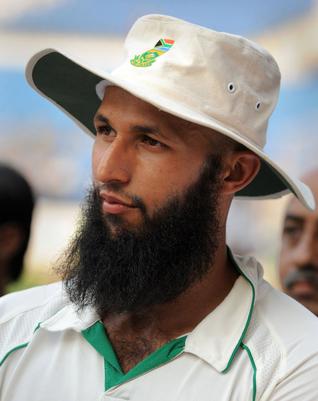 Skipper Amla was at the forefront of South Africa’s ‘building blocks’. He batted out 207 balls for his 23, even after hitting three fours in his knock which came at a strike rate of 11.11. Bavuma was ‘aggressive’ in comparison. He batted for 116 balls for his 34, before his resistance was brought to an end by Ashwin. That brought AB de Villiers to the crease, and the otherwise flamboyant batting star joined his captain in the blocking spree, finishing with 11 from 91 balls. It was a marathon effort of a different kind, even as a lot more needs to be done. India produced a few edges, but nothing went to hand, and the closest India came to getting Amla out was when part-timer Shikhar Dhawan got one to rise at him. The ball took the glove, but silly point only got fingertips to it.

Earlier in the day, Rahane became the fifth India to score a hundred in both innings of a Test while Kohli missed out on one as India declared at 267 for 5. Kohli, resuming on 83, was out for 88 as a straight ball from Kyle Abbott kept low and trapped him in front of stumps. Rahane, the team man that he is, looked for quick runs. He went past the 80s with sixes off Imran Tahir and Elgar in consecutive overs. Rahane reached his ton by clipping Tahir on the leg side for a single, and the declaration followed.