When Rahul Dravid said ‘We are back like creaking terminators’ about himself, Sachin Tendulkar and VVS Laxman at the Sir Don Bradman Oration last month, one hardly had any hint how true that statement will turn out to be.

When Rahul Dravid said ‘We are back like creaking terminators’ about himself, Sachin Tendulkar and VVS Laxman at the Sir Don Bradman Oration last month, one hardly had any hint how true that statement will turn out to be.

Batting failure on this Australian tour is tough to overlook. Dravid, Tendulkar and Laxman have excellent record against the Aussies but they are yet to do justice to the past records and their potential. While Tendulkar did look in touch in the last three innings that he played, he wasn’t looking as comfortable in India’s second innings in Sydney. 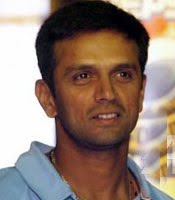 Dravid, the Wall, has started to show cracks. Once players used to say, Dravid puts a price tag on his wicket and one has to work hard to earn it. Going by his dismissals in this series so far, one finds it hard to believe. Australian pacers have found a chink in his defence as they have bowled him out four times in the series so far.

Laxman has looked far from his best. And lesser we say about Virender Sehwag, the better. India never banked on their bowling. They have always relied heavily on their batting, and that’s where they have failed miserably.

India’s batting woes have become more prominent when on the same track, Australian batsmen scored at ease. Skipper Michael Clarke moved into a different league with his unbeaten 329 runs. He played brave, confident and elegant shots. His innings gave confidence to an otherwise struggling pair of Ricky Ponting and Michael Hussey, who were under scrutiny due to their recent struggle with form. Both these batsmen slammed well-crafted centuries, and proved they are still among the bests in the world.

Can the Indian stalwarts do the same? Can they save the Sydney Test or will they pull off magic in Perth once again, or will it be a repeat of English debacle? Let’s wait and watch!