To put it very simply, the first Super Eights game against Australia at Colombo is one India would want to forget in a hurry, which wouldn’t be all that easy as M S Dhoni candidly admitted during the post-match presentation – it will be at the back of our minds somewhere, were his words.

To put it very simply, the first Super Eights game against Australia at Colombo is one India would want to forget in a hurry, which wouldn’t be all that easy as M S Dhoni candidly admitted during the post-match presentation – it will be at the back of our minds somewhere, were his words. Nothing went right for India on the day. When they batted, they couldn’t get enough runs on the board, and when they bowled, they sprayed it all over the place. Yes, the drizzle did not help their cause, but even if that aspect of the game is taken away, the grim reality was that India came up with a horrendous performance. 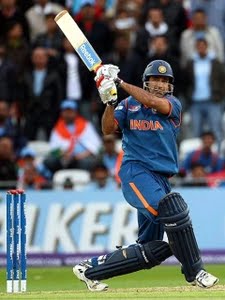 Team selection was always going to be a major headache for Dhoni going into the big clash against the Aussies. And, in hindsight, he got a few things wrong. Although the decision to drop Virender Sehwag was understandable, the choice of continuing to open with Irfan Pathan was baffling. No, Irfan shouldn’t be among the ones to be blamed for the loss. He tried his best with the bat. The fact though remains that he isn’t talented enough to go up the order. Logic says that, in a 20 over game, your best batsman should face as many deliveries as possible. Going by that rationale, Virat Kohli should have opened in place of the dropped Sehwag. But, for some reason, India were not willing to take the positive step.

Meanwhile, for once, Kohli had a failure, and the Indian batting couldn’t withstand the pressure put up by a young Aussie bowling line-up. The Indians never looked settled once Kohli departed. It was a total failure of sorts in the batting department. Yuvraj Singh was done in by the shorter one while Rohit Sharma was beaten for pace. And even though Pathan contributed 31, it came at a run-a-ball, which only hurt India’s cause. The latter batsman also did not look comfortable out in the middle. M S Dhoni struggled to find the boundaries, and Suresh Raina got a couple, but that was a little too late. One just wondered if India aimed too low with the bat.

If their batting was shoddy, their bowling performance was equally tawdry. Dhoni had a point when he said that the rain rendered the spinners ineffective, but they could still have put in a lot more competitive effort. R. Ashwin lost his line and rhythm trying to get cheeky, pausing in his delivery stride before bowling to David Warner. It did not help him improve, and he was taken apart with disdain. The other spinners in the side, Harbhajan Singh and Piyush Chawla, also failed to make an impact, adding credence to Dhoni’s ‘rain did us in’ statement. Having said that, no credit should be taken away from Australia. They were exceptional with the ball, Pat Cummins and Mitchell Starc proving they can be a handful in these conditions. And when they came out to bat, Warner and Shane Watson put up an exhibition of uninhibited hitting.

The mammoth loss means India have fallen way below other teams on the net run-rate. Apart from going back to the drawing board and looking for solutions, they also need to ensure that they win big from here onwards to try and undo some of the damage done. A herculean task considering their next opponents are Pakistan and South Africa. Have India already done irreparable damage to their chances? Time will tell.