Rain curtails play on Second Day as well at Wellington; SA at 246 for 2

South Africa finished Day 2 of the 3rd Test at the Basin Reserve in Wellington at 246 for 2 Vs New Zealand, The National Bank Series 2012

It was a truncated day’s play again at the Basin Reserve in Wellington taking the Third Test hardly forward. In just the 37 overs that were possible on Day 2, South Africa from an overnight score of 136 for 2 moved to 246 for 2. Opener Alviro Petersen is in sight of a century as he closed the day’s play on an unbeaten 96 (from 224 balls with 12 fours and a six). The other overnight batsman JP Duminy has progressed nicely to an unbeaten 76 from 140 balls with 9 fours. 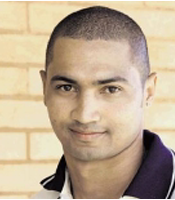 Rain has affected each of the three Test matches so far. It was the reason for the 1st Test at Dunedin to end in a draw by washing out the entire final day’s play. Although it rained in the Second Test, South Africa took just three days to crush New Zealand for a victory. And now in the Third Test at Wellington, the first two days have been interrupted by showers.