Happy Birthday to VVS Laxman One of the dependable batters

Vangipurapu Venkata Sai (V.V.S) Laxman is a former Indian cricket player born on November 1, 1974, as well as a former cricket pundit and commentator.

VVS Laxman is one of the best batsmen of all time. He helped India to won many historic test matches in his era. Laxman is now the head coach of the India Under-19 and India A teams as well as the Head of Cricket at the National Cricket Academy (NCA). 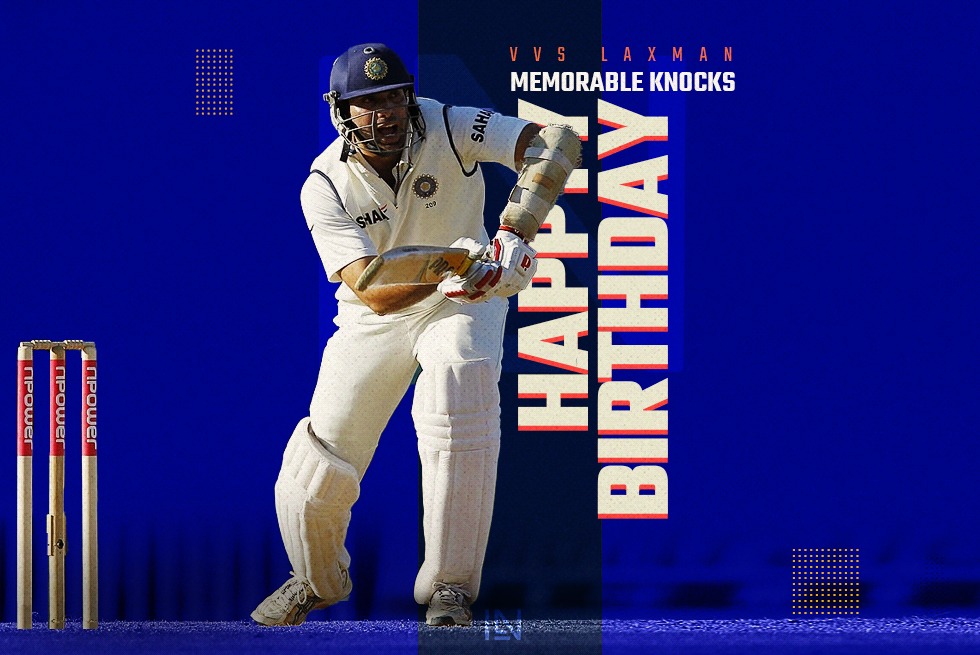 Today marks VVS Laxman’s 48th birthday. In 2012, Laxman declared his retirement from international cricket. His career included “134 Tests, 86 ODIs, and 11,119 international runs.BCCI revisited the Indian great's classic knock of 281 runs .Here is a video of of his highest score