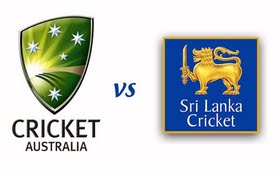 Mahela Jayawardene now has 9 fifty-plus scores in T20Is, only Gayle/McCullum (11) Watson (10) has had more such score in that format.

Sri Lanka will remain the world's No.1-ranked Twenty20 side and Australia will stay at No.7.

Australia aim to level series with this match.

Sri Lanka's impressive all-round performance in the first match in Sydney has given them a 1-0 lead and their tour of Australia ends with the possibility of making it 2-0 during the final game at the MCG.

John Ward will be making his debut as an international umpire in this match. He will be the 11th Australian umpire to stand in a T20 international, the record number for any one country.

The pitch at Sydney's Olympic Stadium was a little up-and-down and the MCG should provide a slightly truer batting surface. The weather forecast for Monday is clear.