Asia Cup champions Sri Lanka have confirmed their presence in the Super 12 round of the T20 World Cup 2022. The island nation defeat Netherlands by 16 runs match number nine of the ICC event at the Simonds Stadium in Geelong on Thursday, October 20.

Batting first after winning the toss, Sri Lanka put up a competitive 162 for 6 on the board. Opener Kusal Mendis top-scored for the Lankans with 79 off 44 balls. He smashed five fours and as many sixes during his terrific knock, which also included the 2000th six of the T20 World Cup.

After Paul van Meekeren sent back Pathum Nissanka (14) and Dhananjaya de Silva (0) off consecutive deliveries, Mendis and Charith Asalanka (31 off 30) added 60 runs for the third wicket. Bas de Leede dismissed both Asalanka and Bhanuka Rajapaksa (19). However, Mendis batted till the last over to take Sri Lanka past the 160-run mark. For Netherlands, van Meekeren and De Leede both claimed two wickets each. 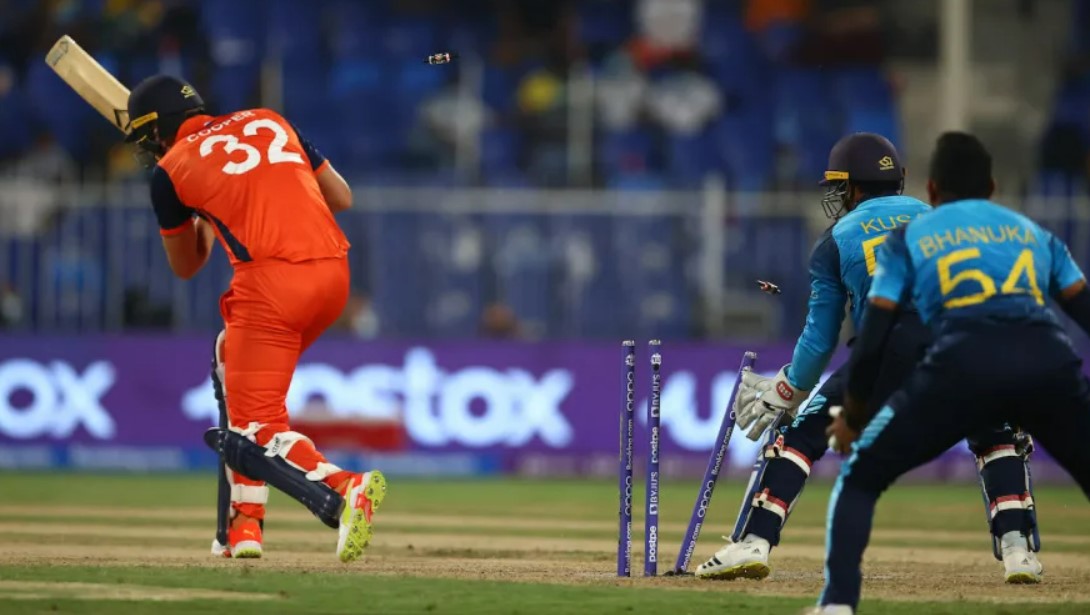 Netherlands were never in the hunt in the chase despite Max O’Dowd’s brilliant 71 not out off 53 balls. The Dutch opener hit six fours and three sixes. However, it was a one-man show as the other batters failed to contribute. Skipper Scott Edwards’ 21 off 15 balls was the next best score in the innings. For Sri Lanka, Wanindu Hasaranga was too good with figures of 3 for 28. He got the wickets of Colin Ackermann (0), Timm van der Gugten (0) and Fred Klaassen (3). Maheesh Theekshana also chipped in with 2 for 32, while Binura Fernando got the scalp of Dutch captain Edwards.

Speaking after the win, a relieved Sri Lankan captain Dasun Shanaka said, “We knew that we could be the number 1 in this group, but we missed out in the first match. The boys have done well though, especially the bowling group. I knew the wicket was two-paced, so we wanted to bowl well in the first 10 overs and then control the game.”

Sharing his thoughts on the defeat, Netherlands skipper Scott Edwards commented, “We bowled pretty well in the powerplay, little unlucky that the chances didn't go to hand, let it slip a bit towards the middle and back-end. I'd have loved to go through, (on Super 12 qualification) it's not in our hands anymore and that's a disappointment.”