Forget what you were told. It is better to play against the Spin

Before embarking on the West Indies’ 2001/2002 tour of Sri Lanka, where Muttiah Muralitharan stood in wait, Brian Lara approached Sir Garfield Sobers for advice. Among other things, the great man suggested to him that he should play the spinner “back to where he was coming from.” Yes, Sobers told him to play against the spin. Lara went on to score 688 runs at an average of 114.66 in the three-test series. And while it is impossible to say how much Sobers’ advice contributed to his success, it is reasonable to assume that it didn’t hurt. 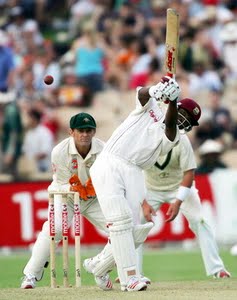 Could this therefore mean that this is not the great sin against the cricketing gods that it has been made out to be? Could playing against the spin be safer?

Cricket commentators are often heard chastising batsmen for such ungrammatical batting. This is always seen as dangerous and inadvisable: the right-handed batsman, for example, is encouraged to play the ball turning in from off onto the leg-side. Hitting such a delivery back to off is to court danger. And pity the unfortunate batsman who gets out flouting this precept.

Commentators and analysts often look askance at batsmen playing an off-break to cover and coaches are often seen berating players for playing in such a manner. Pitchvision.com is a highly regarded website, offering useful tips on cricket,and it features elite players giving instructions on technique. It dispensed this bit of counsel:

If the ball is turning in (off spin to a right handed batsman); the best areas to score are between mid off and midwicket. If you keep an open body position with your hips towards the target area the swing of the bat can be straight. It’s safe because you are accounting for the ball turning back into you (playing with the spin)…Driving wide on the offside is more dangerous because you are playing against the spin.

It then goes on to say that the best scoring areas for deliveries turning from leg is between straight down the ground and cover.

Nothing out of the ordinary there. In fact, most cricket aficionados would agree. But if you really think about it, playing with the turn might just be more dangerous than playing against it. Consider this: to play the off-spinner to the leg side, in the direction that the ball is spinning is to play across the line. Hitting him back onto the offside, however, is to meet the ball with more of the face of the bat, and thus a safer way to play. In presenting the full face to the ball the batsman gives himself the greatest chance of finding the middle of the bat.

In his book Behind The Shades, Duncan Fletcher, current Indian cricket coach but then with England, tells of an incident, also in Sri Lanka, where Graham Thorpe was trying to decode Muralitharan. With Thorpe being a left-hander, Murali’s stock delivery would have been turning into him from leg.

The advice Fletcher gave Thorpe is therefore similar to that which Sobers offered to Lara. And if their success against the Sri Lankan master is anything to go by, the advice seemed to have been very helpful. What this means is that batsmen, over the years, might not have been well served by this long accepted method of negotiating spin bowling that has been passed down for generations. Perhaps, therefore, coaches should no longer frown when they observe batsmen playing against the spin.