At the start of IPL season 7, Yusuf Pathan had stated that he would like to play a special innings in the tournament that he can dedicate to his newborn baby.

At the start of IPL season 7, Yusuf Pathan had stated that he would like to play a special innings in the tournament that he can dedicate to his newborn baby. More than two weeks into the event, Yusuf unfortunately hasn’t been able to play that kind of innings. He has struggled to get any sort of timing on the ball, and things took a turn for the worse when he was dropped from the side for the game against Rajasthan Royals on Tuesday. The axe was the culmination of a long period of failure for the big-hitter. Here’s a recap of Yusuf’s mesmerising rise and his gigantic fall.

Rise to stardom: Thegreat times for Yusuf began in 2008 when was awarded a contract by Rajasthan Royals. The franchise led by Shane Warne was viewed among the weaker sides in the event. But, Yusuf gave the team the much-needed x-factor. At the peak of his powers, he came in towards the latter part of the innings, and smashed the ball all over the park, registering smashing cameos in double quick time. Such was Yusuf’s brute force that his mere sight sent shivers among opposition bowlers.

Yusuf’s excellent batting effort also rubbed onto his off-spin. He is not a genuine all-rounder, but made a worthwhile contribution chipping in with his quota of four overs more often than not, and also picking up crucial wickets at times. This complete package made Yusuf a highly valuable player for Rajasthan.

Fall from Knight-hood: Yusuf was purchased by Kolkata Knight Riders in 2011, but he somehow hasn’t been able to repeat his ‘Royal’ magic for the Knights. In the 2011 season, he played 11 games for KKR, and compiled 283 runs at a strike rate of 141. He did not manage a single half-century during this edition. Things did not improve much for Yusuf in the 2012 season as well. Having played 17 matches, he managed only 194 runs at a disappointing strike rate of 115 minus any fifty.

Kolkata retained Yusuf for the 2013 edition, and he showed glimpses of form en route to scoring 332 runs in 16 matches at a strike rate of 138 with one fifty. This season, however, he has completely been off boil, and thus it wasn’t surprising that he was dropped for Tuesday’s game. 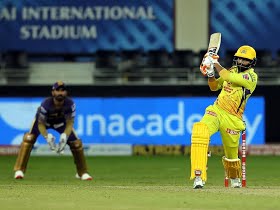