Mark Waugh picks his Top 3 for the World Cup; find out who they are

The 2019 Cricket World Cup is just days away and many former cricketers are picking their favorite teams and players they think will stand out at the event to be held in England and Wales.

Australia great Mark Waugh is the latest to join the band. He picked his top three for the World Cup. His list has Virat Kohli, Jos Buttler, and David Warner ahead of Steve Smith.

"Definitely Virat Kohli. He's No. 1," Mark Waugh told cricket.com.au. Kohli has been in exceptional form over the last few years and was part of India’s World Cup winning outfit in 2011. This though will be his first World Cup as captain.

Jos Buttler has been in stunning form in both ODIs and domestic cricket. While he was among the successful run scorers in IPL, he hit a 50-ball hundred against Pakistan recently. Buttler was also in great form in the series against West Indies. 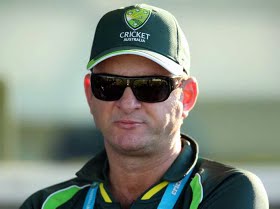 "Jos Buttler, I'd have him at No.2 in the top three," Waugh added in the cricket.com.au report. To complete the top 3, Waugh chose David Warner over Steve Smith.

"Aaron Finch at his best is right up there, so is David Warner. I'll go with David Warner," he went on to say.

Warner and Smith returned to international cricket after serving 12 months ban for their role in the ball-tampering scandal. While Warner top-scored in IPL, with 692 runs in 12 matches, Smith has totaled 278 runs in the warm-up games. Warner has managed just 53.