New Zealand beat Ireland by 35 runs in match number 37 of the ICC Men’s T20 World Cup 2022 at the Adelaide Oval on Friday, November 4. Later in the day, they became the first team to qualify for the semi-finals of the tournament.

Ireland won the toss and opted to bowl first in the match. Kane Williamson led from the front for New Zealand, smashing 61 in 35 balls, as the Kiwis put up 185/6. For Ireland, Joshua Little became the second player from his team to claim a T20 World Cup hat-trick. However, his heroics were in vain as Ireland were held to 150/9 in their chase.

Finn Allen raced away to 32 off 18 to get New Zealand off to a good start, even as Devon Conway (28 off 33) struggled at the other end. Allen’s innings ended just before the conclusion of the powerplay as he fell trying to take on Mark Adair. Conway’s misery came to a close when he failed to time a big hit off Gareth Delany. Glenn Phillips came up and looked great again. However, the law of averages caught up with him as he was dismissed for 17 off 9 balls. 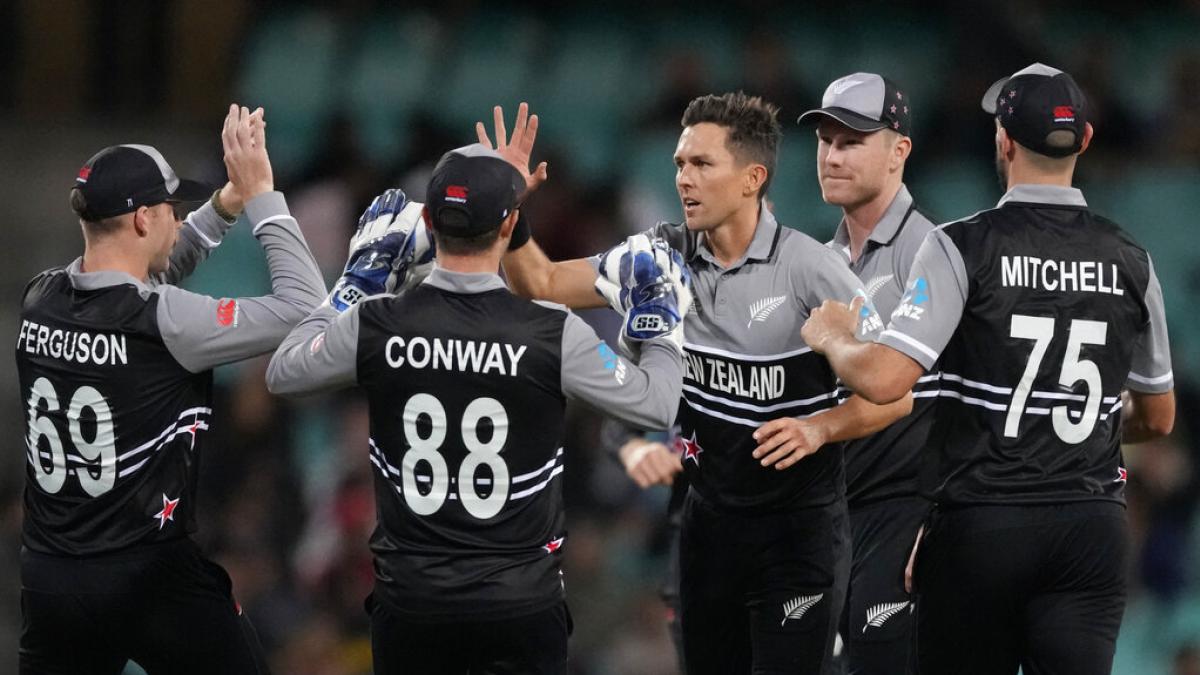 Williamson, who had been struggling for momentum in previous matches, played a terrific knock. He timed the ball really well, striking five fours and three sixes, one of which even brought up his half-century. Williamson was the first wicket to go in Little’s hat-trick, caught on the pull. James Neesham (0) and Mitchell Santner (0) were then trapped lbw with length balls. Daryl Mitchell played a handy knock, remaining unbeaten on 31 off 21 balls.

Ireland got off to a good start in the chase as skipper Andrew Balbirnie and Paul Stirling added 68 in eight overs. However, the introduction of spinners saw the chasing side slump quickly. Balbirnie was bowled by Santner for 30, while Stirling was castled by Ish Sodhi. Harry Tector (2) and Lorcan Tucker (13) also perished cheaply to the spinners.

The New Zealand pacers then took control of proceedings to run through the middle and lower-order. Lockie Ferguson claimed 3 for 22, while Tim Southee registered figures of 2 for 29 as Ireland finished their campaign in disappointing fashion.

Reflecting on the win, Kiwi skipper and Player of the Match Williamson said, “I think the guys at the top were brilliant to give us the start and help us build the momentum. Then I think the spinners bowled brilliantly to get us the win. I was just trying to build some partnerships and contribute, happy to time a few balls as well today but it was a real team effort.”