Lions in Finals as Daredevils choke by 22 runs

Delhi Daredevils choked to a 22-run defeat in the hands of the unfancied Lions in the 1st Semi Final at Durban. This was despite the Delhi Daredevils needing only 140 runs from 20 overs.

Delhi Daredevils choked to a 22-run defeat in the hands of the unfancied Lions in the 1st Semi Final at Durban. This was despite the Delhi Daredevils needing only 140 runs from 20 overs. However, the Daredevils were done in by the pacy and bouncy conditions at the Kingsmead.

Asked to bat first after losing the toss under windy conditions, the Lions made steady progress all through. Opener Gulam Bodi held the innings together with a 49-ball 50 (with 4 fours and a six). Neil McKenzie lifted the Lions to the par total with a crucial knock of 46 (from 28 balls with 4 fours and a six) which later on got him the Man of the Match award. There were fine bowling efforts from Umesh Yadav (4-1-20-2) and the other speedsters. 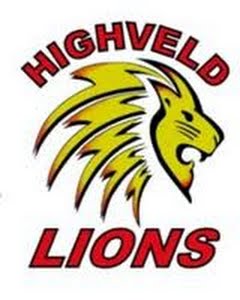 Delhi Daredevils in their run chase started off in a disastrous manner losing Virender Sehwag for a first ball duck. David Warner sizzle for a while but only to score 21 (from 18 balls). The pressure was creeping after the double blow as the runs weren’t coming quickly enough though Kevin Pietersen was at the crease. The Daredevils started to melt under pressure and soon were 76 for 5 in 14 overs when Ross Taylor was brilliantly caught and bowled by Dirk Nannes.

The onus was on Kevin Pietersen to do something special but he couldn’t do the finishing job and perished after a slow 44-ball 50 (with 3 fours and a six). The Daredevils crashed out with a weak total of 117 for 9. Fast bowler Chris Morris produced dream T20 figures of 4-0-7-2. Left-arm spinner Aaron Phangiso came up with another gem of 4-0-18-2 while the other bowlers did their part to help Lions to a comprehensive victory.

Toss and Teams: Delhi Daredevils led by Ross Taylor have won the toss and asked Lions to bat first in the 1st Semi Final at Kingsmead in Durban. Both the sides have retained the same XI that was picked in their previous games. Most importantly for the Daredevils, this is the second time that the original Skipper Mahela Jayawardene is sitting out and giving David Warner the opportunity in the playing XI.