Finch: Big advantage to know what it takes to win a World Cup

Australia, at long last, seems to be recovering from the after-effects of the ball tampering scandal. They got the better of India

Australia, at long last, seems to be recovering from the after-effects of the ball tampering scandal. They got the better of India in India and even succeeded against Pakistan in the United Arab Emirates. The return of the villains of those events, Steve Smith and David Warner, has also helped the team's cause.

The biggest positive of the current Australian squad according to skipper Aaron Finch though is that they know how to win the World Cup, with a number of players who tasted success in the event last time, still around.

"I think it's a big advantage, just to know what it takes to win a World Cup and what it takes to manage your way through a campaign which can be difficult," Finch was quoted as saying in a Cricbuzz report.

"You have to be at your best at the business end but you can't afford to let anything slip at the start. Six guys who have been there and done that will give a lot of experience to the others of what to expect, what to feel walking out there because it is different," he added. 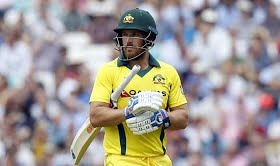 One of the keys for Australia, just like the case is for India, is the number four slot. Skipper Finch along with David Warner should open the batting while Steve Smith should slot in back at number three. Following his stupendous efforts in the series against India, there is a possibility that Usman Khawaja might assume that role.

Finch, however, did not give a clear indication about the same. "I think it's just about giving everyone an opportunity at the top of the order to get some game time as much as anything. I think it's a good opportunity to mix and match and with the three games in the UK we might keep everyone guessing a bit, but the honest answer is, no, we don't have a definitive answer on what that will look like at the moment," he went on to explain.

What Finch had no qualms in admitting is that he is pleased with the efforts Smith and Warner are putting in after what they have gone through in the last year. "They have so much experience and what they bring to the group is really valuable. They are two of the best players in the world which is valuable to have at your disposal," the Australian skipper stated.