BCCI is paving the path for Women's IPL and an official circular states a total of five teams will be playing 22 matches in the inaugural edition next year.

The board is to meet on October 18 in Mumbai as the annual general body meeting and WIPL could be one of the important discussions. The rise in popularity of women's cricket in India has raised the demand for the women's version of IPL.

The Indian women's team lately showcased brave performances in the Commonwealth Games T20 tournament and reached the final by defeating England. However, the girls lost against Australia and failed to claim the title. However, all eyes are thereafter on the team and crowds have cheered the winning capabilities of Harmanpreet Kaur, Smriti Mandhana and pacer Renuka Singh. 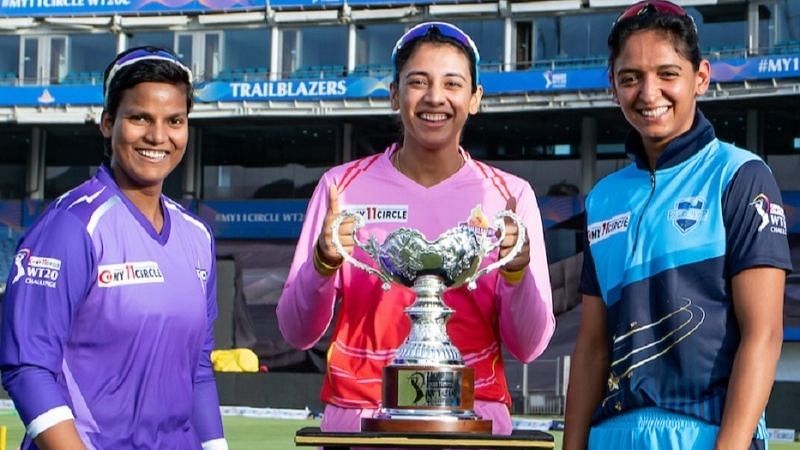 The popularity was further gained by the recent three editions of the Women's T20 Challenge as well as the participation of the players individually in The Hundred and WBBL overseas tournaments.

Meanwhile, BCCI decides to sell the teams on the basis of zones instead of cities and the matches are to be played in non-IPL venues.

The North Zone will be associated with Dharmashala/ Jammu while the West with Pune/ Rajkot. Ranchi/ Cuttack and Kochi/ Vizag are to be linked to the East and South zones respectively. The North-East Zone will be dedicated to Guwahati while the Central Zone for Indore/ Raipur/ Nagpur.

According to the circular, the other way could be to have the matches at the Men's IPL venues and the proposed cities are Kolkata, Chennai, Bengaluru, Delhi, Mumbai and Ahmedabad.

Each team is learned to be playing with other twice and the top team in the points table will be reaching the final while the second and third-positioned teams need to combat in an eliminator round to qualify for the final match.

As of now, the board is eyeing a March window for the tournament, following the ICC Women's T20 World 2023 tournament scheduled to be held from February 9 to 26 in South Africa.

Meanwhile, the Indian women's team is being appreciated for their performances in the Women's T20 Asia Cup, which is being hosted by Bangladesh. Combating against UAE, Thailand, Sri Lanka, Pakistan, Malaysia and Bangladesh, the team has reached the final that is scheduled to be played on October 15 (Saturday) against Sri Lanka.

This is the 8th edition of the Asian tournament and India has won the title six times. Bangladesh is the defending champions. Sri Lanka has been four times runner-up while Pakistan twice. India has been the runner-up once, in the 2018 edition.

India defeated Thailand by 74 runs in the semi-final. Shafali Verma was announced Player of the Match for scoring 42 runs in 28 balls. Deepti Sharma turned out the best bowler for pocketing 3 wickets in four overs and sparing just 7 runs.