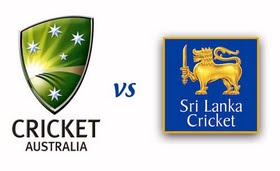 There is a small chance of rain on Sunday afternoon, but the forecast is largely encouraging. The pitch, as Michael Clarke has said, appears to be slow and spin-friendly. The captain that wins the toss will likely want to avoid batting second on the surface.

Sri Lanka have not defeated Australia in World Cups since the 1996 final. There have been four wins to Australia and a washout in that time.

Sri Lanka have, however, won six of their last eight completed ODIs at the SCG.

Kumar Sangakkara is the only batsman with two hundreds in the tournament. Sri Lanka are also the only side to have hit five centuries between them.

Mitchell Starc has 10 wickets at an average of 9.30 this tournament