After reports of him applying for the post of Team India made headlines, former India pace bowler Venkatesh Prasad denied reports of the same.

After reports of him applying for the post of Team India made headlines, former India pace bowler Venkatesh Prasad denied reports of the same. He did admit though that he would be interested in the role of an assistant coach or a bowling coach.

“I have made my intentions clear that I am very, very keen to perform the role of an assistant coach or a bowling coach. Which is something I am quite keen about and hope CAC (Cricket Advisory Committee) will take a note of it,” was quoted as saying in a Firstpost report. 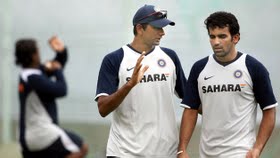 The BCCI extended the deadline to apply for the post of coach till July 9, and as of now, Ravi Shastri seems the front-runner. Prasad added that he hasn’t written to the BCCI or the Cricket Advisory Committee (CAC) over his desires.

“Whether it's (Virender) Sehwag or Ravi Shastri or whoever it is, I am very very keen to be associated as an assistant coach or a bowling coach which I have done before. And I would like to contribute immensely with all the experience that I have got of playing and coaching," Prasad added.