South Africa ended Day 3 of the first Test against India at Visakhapatnam at 385 for 8, trailing the hosts by 117 runs, Resuming the day on a shaky 39 for 3,

South Africa ended Day 3 of the first Test against India at Visakhapatnam at 385 for 8, trailing the hosts by 117 runs, Resuming the day on a shaky 39 for 3, they dominated the day for most parts before India hit back with quick wickets towards the end of the day to regain ascendancy.

Here are the top three highlights from the day’s play on Friday.

South Africa’s fightback on Day three was led by opener Dean Elgar and wicket-keeper Quinton de Kock. While Elgar made 160 from 287 balls with 18 fours and 4 sixes, de Kock was even more aggressive with 111 from 163 balls, a knock studded with 16 fours and two sixes.

After Temba Bavuma’s exit saw South Africa slip to 63 for 4, Elgar and skipper Faf du Plessis added 115 for the fifth wicket. However, du Plessis fell for 55 to Ravichandran Ashwin, unable to convert his start. It was the sixth wicket partnership of 164 between Elgar and de Kock that put the Proteas on top.

Elgar used his feet to the spinners very well and even brought up his hundred with a slog sweep off Ashwin while de Kock was also impressive against the slow bowlers, slamming Ashwin for a six to reach three figures. 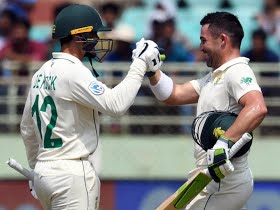 The third day of the Visakhapatnam Test saw Ravindra Jadeja becoming the fastest left-arm bowler in the world to reach 200 wickets. The left-arm spinner reached the landmark when he had Elgar caught for 160 at the square leg boundary by a running Cheteshwar Pujara. Jadeja completed 200 wickets in his 44th Test. The previous record was in the name of Sri Lankan spinner Rangana Herath, who achieved the feat in 47 Tests.

Among other left-arm bowlers, Mitchell Johnson reached the landmark in 49 Tests, Mitchell Starc in 50 and Bishan Singh and Wasim Akram in 51.

Had it not been for Ashwin, India might well have been on the backfoot in the Visakhapatnam Test. Having claimed two key wickets towards the end on Day 2, Ashwin broke the 115-run fifth-wicket stand between skipper du Plessis and Elgar, having the former caught with one that bounced a little.

He then returned to clean up de Kock for 111. In an over where Ashwin tossed and teased de Kock, he eventually managed to get through his defense with one that went straight through. Ashwin completed a five-for by forcing Vernon Philander (0) to go for a drive with a pitched up delivery outside off and sneaking the ball in through the gate. 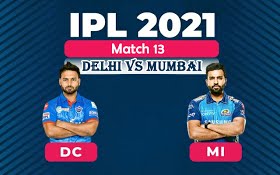