Mumbai Indians snatch victory from the jaws of defeat over Kings XI!

Mumbai Indians pulled off a thrilling chase over hosts Kings XI Punjab at Mohali. The visitors defeated KP XI by a close margin of 4 wickets with one ball to spare.

It was a difficult chase for Mumbai Indians after losing the key wickets of Kieron Pollard and Rohit Sharma. They were left to get as many as 32 runs to win from the final two overs. However, Robin Peterson who came in to join AT Rayudu provided a surprise with his stunning switch hits in the penultimate over bowled by leggie Piyush Chawla! AT Rayudu complemented him with a couple of big sixes. Poor Piyush Chawla was mercilessly taken for two fours and three sixes to go onto concede 29 runs off that over! That left Mumbai Indians with just five runs to win from the final over from Azhar Mahmood and the pair of Rayudu and Peterson held their nerve. 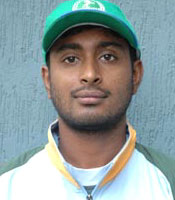 Rayudu scored 34* from 17 balls with 2 fours and 2 sixes while Petersen got 16* from 7 balls with 2 fours and a six. Prior to this mind-blowing finish, Rohit Sharma had played a brilliant knock of 50 from 30 balls with 3 fours and 3 sixes to set up the visitors towards a victory. It was a difficult task though for Mumbai Indians as Rohit for once failed to finish off the game but luckily someone else did his job.

For Kings XI Punjab, fast bowler Parvinder Awana was impressive with his 4-0-39-3. Azhar Mahmood was also superb with the ball taking the key wickets of James Franklin (22 from 22 balls) and Sachin Tendulkar (34 from 29 balls). Rayudu walked away with the Man of the Match award.

A late flourish from David Hussey and David Miller lifted Kings XI Punjab to a competitive total of 168 for 3. Mumbai Indians bowler poorly in the slog overs conceding as many as 68 runs in the last five! Munaf Patel who did bowl a good maiden early on was the guilty party slipping quite a few lousy full tosses in the death overs.

The Kings XI Punjab had a quiet start at 46 for 2 in 7.4 overs. The innings momentum picked up only in the last five overs. Skipper David Hussey who started slightly on the slower side finished with an unbeaten 68 from 40 balls with 4 fours and 4 sixes. Hussey got excellent support from South African left-hander David Miller who scored a crucial cameo of 34* from 17 balls with a four and three sixes.

Kings XI Punjab have retained the same team while Mumbai Indians have brought in Robin Petersen and Clint McKay. 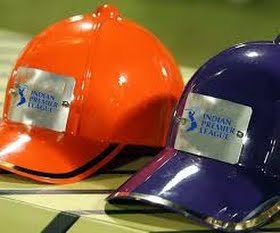 Apr 19, 2021: This story will be updated after every IPL 2021 match to tell you how each team is doing on the points table and who are the Purple Cap(Top runs Scorer), Orange Cap(Most Wickets takers) holders and Boundary Meter.