That Australia ended up thrashing New Zealand 3-0 in the latest version of the Chappell-Hadlee Trophy was not really a surprise considering they got the better of the Kiwis with ease in the first two matches. But, the fact that Australia managed to pull off the win after finding themselves against the wall was highly commendable. At one stage, they were 73 for 4, but managed to recover and post 264. New Zealand still had a chance to chase down the target as it was not a huge one by modern standards. But, for the third match in a row, their batting let them down, causing their downfall.

As the scorecard suggests, David Warner’s splendid hundred was the difference between the two teams. In a match where batsmen from both teams struggled, Warner stood out like a rock. While he smashed 156 from 128 balls with the help of 13 fours and four sixes, no one else could make much of an impact. The next best score by a batsman in the match was 37 Travis Head. That really tells the story of how brilliant Warner was on the day. This was the left-hander’s second consecutive hundred in a row, and he deserved the man of the series. 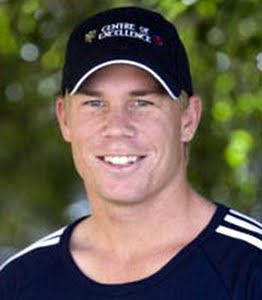 The partnership between Warner and Head was the key to Australia’s victory in the match. They joined forces when Australia had lost four wickets for under 80, and were separated only after the score reached 178. Head struggled in his 37 from 70 balls, with only two fours. But, what he did very well was to stay with Warner and ensured that there was a steady consolidation. In fact, even while Head struggled Warner continued to go after the bowling, and saw to it that the runs kept coming from one end. He batted till the very ball, which was again a tribute to his excellence.

Australia’s bowling was brilliant, and complemented their batting very well. Left-arm seamer Mitchell Starc, who was expected to be rested, not only played the match, but also finished with excellent figures of 3 for 34. He sent back Henry Nicholls, Colin Munro and Mitchell Starc to set back the Kiwis further after they had already gotten off to a poor start. It was an excellent all-round effort from the Aussie bowlers, which never allowed New Zealand even a foot in the door. Head got the big wicket of Martin Guptill while Pat Cummins dismissed Tom Latham. James Faulkner also chipped in with wickets.

New Zealand lost a golden opportunity after they allowed the hosts to recover from early setbacks. They had managed to snatch away the wickets of Aaron Finch, Steven Smith, George Bailey and Mitchell Marsh without much on the board. Trent Boult finally came to the party for New Zealand, but Tim Southee was wicketless, and apart from Santner, no one could really make an impression. Yet again, their batting was a big letdown. Guptill’s 34 was the top score. Latham and Munro were the only one to reach 20s. They were never going to win by putting up such a shabby batting effort with the bat.