Bollywood actress Katrina Kaif will perform during the opening ceremony of IPL 6 to be held at the Salt Lake Stadium, Kolkata on April 2.

Bollywood actress Katrina Kaif will perform during the opening ceremony of IPL 6 to be held at the Salt Lake Stadium, Kolkata on April 2.

Katrina seems to have become the chosen one as far as stage performances are concerned. Her back to back hits and firebrand item numbers ensured her this place. 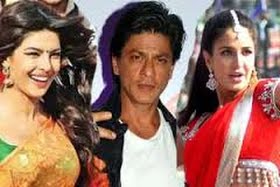 According to reports, SRK has roped in Hollywood actress/singer Jennifer Lopez for the gala event.

Other big-league names from the B-town that's making the round are Priyanka Chopra, Kareena Kapoor and Deepika Padukone.

Priyanka and Kareena have already been part of the IPL opening ceremony in the past. As for Deepika, she had 'close ties' with the Royal Challengers Bangalore or rather the owner of RCB (remember the lip-lock with Siddharth Mallaya in the stands).