It has been a while since the teams contested the Chappell-Hadlee trophy in a bilateral event. So, when the teams come face-to-face at Auckland, it would be a resumption of rivalry of sorts

It has been a while since the teams contested the Chappell-Hadlee trophy in a bilateral event. So, when the teams come face-to-face at Auckland, it would be a resumption of rivalry of sorts. That said, the teams did meet in the World Cup final last year, where the Aussies breezed past the Kiwis. The hosts of the current series, however, did taste success when the teams met in the pool match of the same event at Eden Park. In a closely contested clash, New Zealand outdid the Aussies by a solitary wicket. They would seek confidence as they head into the latest clash at the same venue.

While the core of New Zealand’s team that contested in the World Cup final remains the same, barring a couple of injuries (Ross Taylor and Tim Southee), and a retirement (Daniel Vettori), a lot has changed in Australian cricket in the last year. Their skipper Michael Clarke, fast bowler Mitchell Johnson and wicket-keeper Matthew Wade have retired, while the bowling hero of the World Cup, Mitchell Starc is out injured. New Zealand will be confident having gotten the better of Pakistan at home while even as Aussies were thrashed in the T20 at home by India, they won the ODIs comfortably. 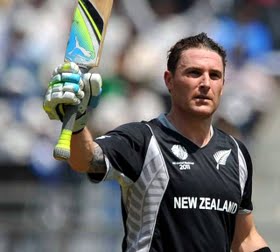 Over the years, Australia have dominated New Zealand across formats. But, in recent years, the Kiwis have become a force at home. This was evident in their World Cup surge, and the hosts have carried on the same form in the tournaments that have followed as well. Having announced his retirement, Brendon McCullum will be featuring his final ODI series. The skipper will be keen to finish off on a high. He was dismissed for a duck in the World Cup final game last year, and though as much is not at stake this time, McCullum will look to turn the tables.

The Kiwis have a strong line-up overall, with Martin Guptill and Kane Williamson in serene form. Henry Nicholls was impressive in the series against Pakistan, in the absence of Ross Taylor, but would face a big challenge against the Aussies. In Grant Elliot and Corey Anderson, they have two strong batting all-rounders. While Trent Boult will lead the bowling attack in the absence of Tim Southee, Adam Milne and Matt Henry will complete the pace bowling department. Leg-spinner Ish Sodhi has been included in the squad as well.

Australia have named their playing eleven, and have had to make a tough choice even with Aaron Finch being ruled out. Usman Khawaja, who is fit and has been in supreme form, has been left out in favour of Shaun Marsh, who did well at the top of the order when he was given opportunities against India. The core of the batting remains the same, with skipper Steven Smith being followed by George Bailey, Glenn Maxwell, and Mitchell Marsh. In the bowling, Scott Boland finds no place in the team. James Faulkner, John Hastings, Kane Richardson, and Josh Hazlewood will handle the fast bowling duties.