Du Plessis was addressing media after South Africa lost to England by 211 runs at Lord's on Sunday. 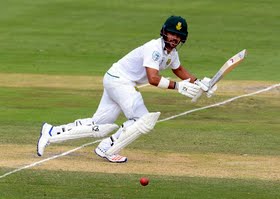 Duminy has not crossed 40 runs in his last eight innings. "JP will be the first guy to say he knows he needs to score runs for this team and it's no different for anyone else," Sport24 quoted du Plessis as saying.

"He is desperate to do well as anyone in that position. You want to try and score runs every time you go out there. He knows at the end of the day that it's about runs," he added.