Mahela Jayawardene is the Man of the Match: "It felt really good (to get to 11000), but winning this was the icing on the cake. We are playing hard and passionate cricket, but we need to enjoy the cricket. That has been the mantra of our success in the past and hope it continues in the future. Seniors have a responsibility and it is our job to help Angi out, that makes us a happy camp. We are looking forward to another tough match in the semi-final." 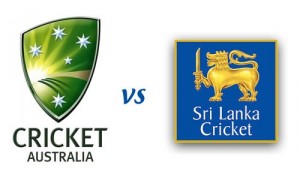 There were plenty of runs available at The Oval when England and Sri Lanka played there on Thursday and the forecast for London on Monday is for a cloudy day with the risk of showers.

1.Sri Lanka have won six of their past 10 one-day internationals against Australia