Cycling’s fallen hero Lance Armstrong has finally admitted to doping en route to winning seven Tour de France titles. Following this admission of guilt, Armstrong has received backlashes from different sections of the sporting fraternity. And while cricket has been largely lucky not to have been embroiled in such a massive doping controversy, there have been instancesof cricketers being penalised for taking drugs. Here’s a look at occasions when the sport made news for the wrong reasons

Ian Botham: One of the greatest all-rounders of all time, Botham was suspended for smoking cannabis in 1986. The cricketer-turned-commentator admitted to the same during a newspaper interview, which led to him being suspended from the sport for two months. On his return to the sport, he took two wickets against New Zealand very early on in his spell to equal Dennis Lillee’s 355 Test wickets, which was then a world record for most wickets. Botham continued to play for England till 1992, albeit with lesser success.

Shane Warne: In a shocking development, Shane Warne was sent home a day before the 2003 World Cup kicked off in South Africa. The legendary leggie was banned for a year from the game after a drug test on him during an ODI series in Australia showed a positive result for a banned diuretic. Warne defended himself stating that the drug was given to him by his mother, and that he thought it was just a fluid tablet. The Australian Cricket Board (ACB) however found his guilty of breaking the Board’s drug code. After serving his ban, Warne returned to cricket in 2004 and went on to play for Australia till 2007 with a fair degree of success. 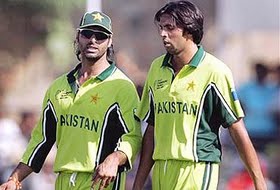 Mohammad Asif and Shoaib Akhtar: If it was controversy in Pakistan cricket in the 2000’s, more often than not it had to be Asif and Akhtar. The fast bowling duo was banned from all forms of cricket in November 2006 after failing a drugs test. Akhtar, then 31, was banned for two years while Asif, then 23, was slapped with a one-year ban. Asif and Akhtar tested positive for a banned substance named nandrolone. The tests were carried out three weeks before the ICC Champions Trophy that was to be held in India that year.

Stephen Fleming: One of best and most respected captains of all time in world cricket, Fleming found himself in the middle of an unwanted muddle when he admitted to smoking marijuana along with teammates Matthew Hart and Dion Nash at their hotel during New Zealand’s tour of South Africa in 1993-94. Fleming, Hart and Nash were banned for a brief while and were also fined. While Hart and Nash’s career went downhill from there, Fleming returned better and stronger.

Dermot Reeve:A cocaine addiction led to the former cricketer having to resign from his job as commentator with Channel 4. He was in high spirits during an England vs New Zealand game at Lord’s in 2004.

Upul Tharanga: The Sri Lankan cricketer was banned from the sport for three months in 2011 after testing positive for a banned substance during the World Cup that year. Since his return, Tharanga has been an integral part of Lanka’s ODI squad.