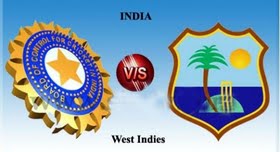 UAE made 102 against India batting first, while four days later, Australia surged to the highest World Cup total - 417 - against Afghanistan. The truth about the WACA pitch lies somewhere in between the two extremes. There is carry for the quicks, but also punishment if you get carried away by it, as Afghanistan found out against David Warner. Perth is having quite pleasant days by its standards for the past week or so, and another one is forecast on Friday

India and West Indies have met four times in ODIs in Australia, twice in 1991 and twice in 1992. The only time they played in Perth, Sachin Tendulkar took the last wicket to force a low-scoring tie.

Jerome Taylor is the only front-line West Indies bowler to have gone for less than a run a ball so far in the tournament. None of India's have conceded more than five an over