Virat Kohli and Steve Smith are the best: Williamson after achieving No.1 Test ranking

Williamson scored 129 and 21 against Pakistan in the Bay Oval Test. He was awarded 13 rating points for his performance, and now has 890 points to his name. Kohli is second on the ranking list with 879 points while Smith is at number three with 877.

While Virat Kohli is back in India having taken paternity leave, Smith managed only 0 and 8 in the Boxing Day Test to slip in the ICC Test rankings.

Despite his massive achievement, Williamson remained humble and said he was doing what he can, to the best of his ability, for the team. 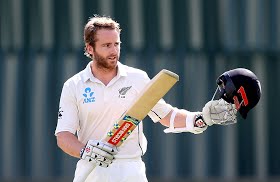 In a video posted on ICC’s official Twitter handle, Williamson said, “It’s about trying to do as much as you can for the team. If you can contribute as much as you can and it can be reflected on the rankings, that’s really cool.”

Willamson was No.1 in the Test ranking for the last time in 2015. Since either Kohli or Smith have occupied the top spot. Praising, the duo, the Kiwi skipper said that he was surprised to have moved ahead of them.

“Those two (Virat Kohli and Steve Smith) players are the best. For me, sneak up ahead of someone (like them) is very surprising and humbling. Those are the two players year and year out in all formats moving the game forward, very fortunate to play against these guys,” Willaimson said.

On the Boxing Day Test against Pakistan, he added that it was a great game to be involved in. Williamson stated, “We seem to have many tight finishes against Pakistan. The last three have gone to the last 25 minutes of the last day. Both teams fought incredibly hard. I think we had moments although the resistance put up by Pakistan on the last day was incredibly strong. It is really exciting to cross the line and hunt for an opportunity for the World Test Championship.”