More gains for England than India from practice game

The three-day game between India A and England played at the Brabourne Stadium in Mumbai ended in an expected draw. But it was a draw the visiting side more than the hosts would be pleased with.

The three-day game between India A and England played at the Brabourne Stadium in Mumbai ended in an expected draw. But it was a draw the visiting side more than the hosts would be pleased with. After all, they got better batting practice in one innings than the one and a half innings of India A put together. On the bowling front as well, they managed to get in enough number of overs, and performed rather well to give their confidence a lift. 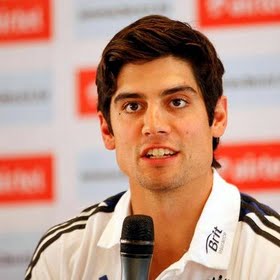 Among the many positives for England was the performance of skipper Alastair Cook, who came up with a fighting knock after England found themselves under pressure in their first innings. Cook batted for a long period of time, something which he used it, making it the perfect start for him to the tour. In a pleasant surprise, Samit Patel also came up with a ton alongwith captain Cook. Following his wonderful knock, it will be unfair if England don’t hand him the number six spot for the opening Test. Even as Cook and Patel shone, Jonathan Trott also took the opportunity to get among the runs. His fifty will stand him in good stead, as will Matt Prior’s half-century, which prolonged the agony for India A.

On the flip side, England would be concerned with the batting on some other fronts. With Andrew Strauss gone, they would be keen to find a suitable replacement soon, but it won’t be that easy to replace Strauss. Under the circumstances, it would have helped had Nick Compton got some runs. Meanwhile, Ian Bell’s poor form away from home continued as he registered another failure on the sub-continent. There are a few concerns in the bowling department too. Although Graeme Swann, James Anderson and Tim Bresnan were among the wickets, they failed to roll over India A’s tail quickly enough, which should be a cause of concern for the management.

If India were to look at positives from a game they would find a few, though not as many as England. The biggest plus for India was the form of Yuvraj Singh, not only with the bat but the cherry as well. After posting a sedate half-century, Singh registered figures of 5/94 with his left-arm spin, and was India A’s most competent bowler. That apart, the performances of Manoj Tiwary and opener Abhinav Mukund were highly encouraging. Although neither could go on to get a hundred, they batted pretty well to send a message across to the selectors. Ajinkya Rahane also came up with a reminder that he is around, compiling a half-century in the second innings.

The disappointments for India from the game were equally big. Suresh Raina and Murali Vijay squandered opportunities to make an impression. Irfan Pathan, on the other hand, gave further proof that his Test days are possibly behind him by putting up a show that lacked penetrative. Ashok Dinda and Vinay Kumar were equally ineffective. This means, there’s plenty of thinking for India to do ahead of the first Test.