Lees, Akhtars, a thing of the past?

Earlier this week, Aussie speedster Brett Lee announced his retirement from international cricket, ending a glorious career of 13 years. Even as tributes keep flowing in for the gentleman cricketer, one aspect possibly no one is focusing on is that Lee’s farewell could be the end of an era – the era of the genuine fast bowler.

Earlier this week, Aussie speedster Brett Lee announced his retirement from international cricket, ending a glorious career of 13 years. Even as tributes keep flowing in for the gentleman cricketer, one aspect possibly no one is focusing on is that Lee’s farewell could be the end of an era – the era of the genuine fast bowler. Yes, the likes of Shoaib Akhtar and Brett Lee may now be a thing of the past. It may sound ridiculously early to predict, but the way pace bowlers are getting injured day in and day out, it seems difficult for the art of fast bowling to survive.

The reason behind the logic is pretty simple. With the amount of cricket being played these days, it is near impossible for a fast bowler to go through an entire season without suffering from an injury of any kind. Unlike the 80’s and 90’s and even till the early 2000’s, there were primarily only two formats of the game – Tests and ODIs. Still, fast bowlers like Jeff Thomson, Allan Donald and the likes went through their share of injury woes. Imagine thescenario then in present times. Cricket is played non-stop throughout the year. Off-season has given way to T20 and domestic tournaments like IPL and Big Bash. How then can one expect a fast bowler to survive? 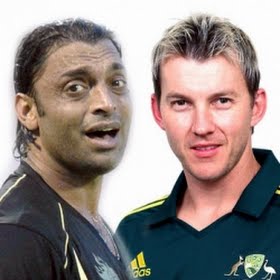 Take the case of Australia themselves. The nation does not play as much cricket as their Asian counterparts like India and Sri Lanka. Still, upcoming speedster Pat Cummins has missed as many matches as he has played. And this is just the beginning of his career. How will he survive the rigours of international cricket in the years to come, when the schedule is expected to get even more jam-packed? His predecessor Shaun Tait also struggled to cope with the vagaries of the modern game, and retired from ODIs at 28. He is keen to play in Tests, but isn’t good enough to merit a place in the same.

The only way fast bowlers can survive in such a tough scenario is by cutting down on pace. Shane Waston has done exactly that after a number of bowling-related injuries. His has settled well into the role of an all-rounder, but not everyone has been able to make the transformation as successfully. India’s Irfan Pathan burst onto the scene as India’s next big fast bowling sensation. However, a couple of seasons of international cricket were enough to kill his pace. Ditto with Munaf Patel. Both the Indians have been reduced to medium pacers, who can be easily targeted by opposition batsmen.

It isn’t difficult to predict why the art of fast bowling is becoming extinct. Considering the amount of pressure a speedster exerts on himself, his body requires a certain amount of rest to recover – this is impossible in the current scenario. That is what makes one believe that, in the near future, our television screen may not display the tag of ‘fast bowler’ when someone runs intobowl.

May the genuine fast bowler rest in peace.