As New Zealand and Australia battle it out in the first Day-Night cricket Test to be played with the pink ball, starting Friday

As New Zealand and Australia battle it out in the first Day-Night cricket Test to be played with the pink ball, starting Friday, here is a closer look at other major innovations in cricket over the years, some of which have been welcomed with open hands, while others have been criticised.

Overarm bowling: You will find it bizarre now, but till 1864, cricket was actually played with bowlers delivering the ball underarm. There was another variation delivery called round arm, where the ball was delivered with the hand between the shoulder and waist height. An Englishman however bowled overarm in one game, and was consistently no-balled. This forced him to walk-off the field, and subsequently the rule was changed, making overarm bowling legal. 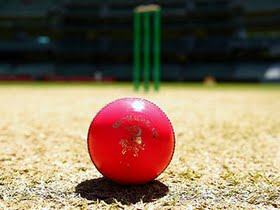 Restriction on number of bouncers: There is a reason why batsmen from the 60s and 70s are rated higher than today’s willow dashers. Batsmen in those days had to contend with searing bouncers from the brutal West Indian fast bowlers. This resulted in many injures, and many talented batsmen getting psyched out. This was one of the main reasons why the restriction on bowling bouncers came into effect. Fast bowlers can deliver just two an over now. The change in rule also coincided with West Indies’ declining fortunes.

Third umpire: Over the years many batsmen have suffered from unjust decisions because umpired haven’t had the aid of technology. This changed in 1992 when the third umpire was introduced for the first time during India’s tour of South Africa that year. Two great players featured in the first decision given via the third umpire in international cricket. Sachin Tendulkar was declared run out, and the man with the throw was none other than Jonty Rhodes, who scored a direct hit. Since, the third umpire has become an inseparable part of the game, with it being called upon for almost every small query.

Field restrictions: The limitation on number of fielders outside the 30-yard circle has been another revolutionary invention in one-day cricket. Before the rule came into force, not many batsmen were keen on going over the top. But, Mark Greatbach introduced the cricketing world to a new style of aggression as he constantly hit the ball over the top in the first 15-overs. This ploy was successfully adapted by Sanath Jayasuriya during the 1996 World Cup. As of now, only four fielders are allowed outside the 30-yard while the field restrictions are in place.

Duckworth/Lewis method: There may still be an element of controversy over it, but the D/L method has stayed on for much longer than initially expected. It replaced some bizarre rain rules, one of which knocked South Africa out of the 1992 World Cup. The D/L method, which has been in existence since 1997, takes into account how a team has been affected by rain, and also the number of wickets a batting side has in hand, before coming to a conclusion on a target.