It is an old adage that one person’s loss is another person’s gain. And, this came true during England’s tour of India when a number of fringe players put their hands up and delivered

It is an old adage that one person’s loss is another person’s gain. And, this came true during England’s tour of India when a number of fringe players put their hands up and delivered. The success of the likes of Karun Nair, Parthiv Patel and Jayant Yadav in place of Ajinkya Rahane, Wriddhiman Saha and Amit Mishra respectively will definitely give selectors a headache when the likes of Rahane and Saha are ready. As for Mishra, he might now be relegated to the back-up bowler again as Yadav showed a lot of promise against England.

Ever since his debut, Rahane has been a permanent fixture in the playing eleven, and it was only when he injured himself on the eve of the Mumbai Test that he was left out. Over the last couple of seasons, Rahane has proved to be the most complete Indian batsman, scoring runs all over the globe, starting from South Africa, and then progressing on to bigger things in New Zealand, Australia and England. All his knocks may not have resulted in wins, but he has clearly been as consistent as anyone India has seen over the years in Test cricket. 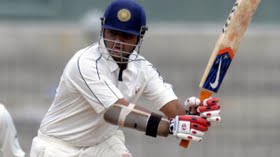 At the same time, how can you ignore a man who has just smashed a triple hundred? After all, before Nair only Virender Sehwag has achieved that feat, which says everything. On the contrary, Rahane is a tried and tested customer across formats, as mentioned above. With Murali Vijay, Lokesh Rahul, Cheteshwar Pujara and Virat Kohli occupying the top four slots, it will be a tussle between Rahane and Nair for the number five slot when India next plays a Test, provided of course that Rahane is fit. The selectors will have a tough call to make.

The positives from the series mean that Rohit Sharma will find it difficult to walk back in straight into the playing eleven. At the start of the England series, Ravichandran Ashwin batted as high as number six, and has tasted success as well, with India opting to play five bowlers. In the later Tests, Parthiv also batted at number six. In fact, he was shunted up and down the order, and yet came up with commendable performances. As it is, there was pressure on Rohit the Test cricketer owing to the number of failures he has registered since a brilliant start. Things will only get tougher for him.

Parthiv’s credible efforts will make it tough for the selectors to drop him even when Saha is back. While the latter is undoubtedly the better keeper and has done well with the bat too, flexibility is what Parthiv brings to the crease, along with plenty of domestic experience too. He stepped up to open the innings when called in, and came up with commendable efforts on each occasion. It is up to the selectors now to choose either the better batsman or the better keeper. Jayant’s excellent knocks would also mean, he would be the first-choice third spinner until he fails.