These great men left the game on a high

Former Pakistan captain, and one of the most respected voices in cricket, Imran Khan has spoken out on the continuing when ‘should Sachin Tendulkar retire?’ debate.

Former Pakistan captain, and one of the most respected voices in cricket, Imran Khan has spoken out on the continuing when ‘should Sachin Tendulkar retire?’ debate. According to Khan, if he was in Tendulkar’s place, he would have hung up his boots by now, for he always wanted to leave the game on a high, which he eventually did. Whether Tendulkar pays heed to the subtle hint dropped by Khan or not is another debatable matter, but the Pakistan legend’s suggestion made us turn back the clock. As so, we take a look at the rare breed of players who left the game on an ultimate high. 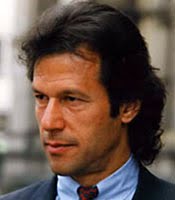 Imran Khan: Who else but the man himself is first in line. If ever there was a fairy-tale ending in cricket, here it was. Khan, at the age of 40, led Pakistan to their maiden World Cup triumph. What’s more, he made a handsome contribution in the match as well, scoring a precious 72 off 110 balls – talk about playing a captain’s knock. While Khan did not have much to do with the ball thanks to Wasim Akram and Mushtaq Ahmed’s heroics, in a climax that seemed scripted from above, Khan picked up the last wicket, to ring in Pakistan’s finest cricketing moment. 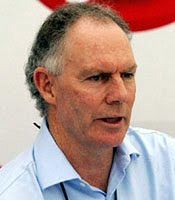 Greg Chappell: The great Aussie got a hundred in his first and last Test. What more could a batsman wish for? Playing in his farewell Test against Pakistan at the Sydney Cricket Ground (SCG) in January 1984, Greg was at his sublime best. Batting first Pakistan had posted a decent 278 on board, and it was Australia’s turn to drive home the advantage. In his last game, Greg came up with one of his best knocks ever, compiling 182 in a knock at lasted exactly 400 balls. The innings was bejewelled with 17 fours, and by the time he was dismissed lbw, the Aussies were well and truly on their way to victory. 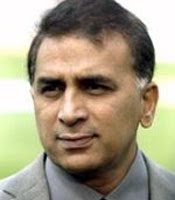 Sunil Gavaskar: 16 years after making his debut against the ferocious crop of West Indies fast bowlers, the little master decided his time was up. The venue for his last Test was the Chinnaswamy Stadium at Bangalore. On a minefield of a pitch, India were set 221 for victory. Iqbal Qasim and Tauseef Ahmed ran through India’s batting line up without much trouble. However, one man kept India’s hopes alive. In spite of playing well over 100 Tests, Gavaskar’s powers of concentration were very much active. Occupying the crease for 320 minutes, Gavaskar creamed out 96 runs. He deserved a hundred in his final Test, but it just wasn’t to be. The great man’s exit hastened India’s defeat, and they succumbed by 16 runs. Although Gavaskar’s final knock deserved better, he walked away from the game with his head held high. 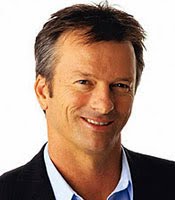 Steve Waugh: Once a fighter, always a fighter. It was only fitting that in the last Test innings of his career, Tugga walked in with his team in a tight spot, and departed only after the danger was cleared. Having been set a target of 443 by India in the 2004 Sydney Test, Australia found themselves four down for 196. A couple more wickets, and India’s path to victory could have been eased. But, Waugh was adamant on making his final innings count. He glued himself to crease for nearly three hours, and in the company of Simon Katich took Australia to safety. By the time Waugh was dismissed for 80, the only disappointment was that he couldn’t get to a hundred.