Yuvraj Singh’s much hyped return to international cricket proved to be a damp squib literally, with rain washing out the first T20 in Hyderabad. Now, India and New Zealand hope to clash in Chennai.

Yuvraj Singh’s much hyped return to international cricket proved to be a damp squib literally, with rain washing out the first T20 in Hyderabad. Now, India and New Zealand hope to clash in Chennai. Rain permitting, this will be their last chance T20 international before the World T20 kicks off. Of course, there would be warm-up games in the island nation, but both teams would be keen to get some match practice in India itself. Unfortunately, the scene is far from ideal since heavy rains continue to lash South Mumbai. And the forecast remains gloomy for this match day as well.

If not for anything else, one hopes that the rain gods relent for Yuvraj Singh. The left-hander would be itching to get on to the field, and make a statement. It is also significant for India to check his fitness, and how his illness has affected him, prior to the commencement of the World T20 in Sri Lanka. If Yuvraj can get a hit out in the middle, it will be a great boost for India, and the man himself will be relieved of some of his nerves. Unfortunately, no one can control the weather. 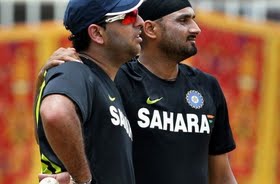 If at all the match takes place, it will give also New Zealand a chance to test their players, who have arrived specially for the T20 series. Veteran Daniel Vettori, who missed the Test leg of the tour owing to a groin injury, will add teeth to the Kiwi bowling attack. Even though his wicket-taking ability has lost some of its zing, he is still an economical T20 bowler, which is a valuable asset for any team. It helps that he can bat as well, and experience makes him a must-have member of the side.

Another all-rounder Jacom Oram, who had an excellent SLPL, would be keen to make a mark as well. The fact that Oram has come after experiencing the same conditions that his teammates will face during the World T20 should work in New Zealand’s favour. Oram, along with Vettori and James Franklin, makes for a wonderful trio of all-rounders. This means that if they get their act together, there could put India in more than a spot of bother.

As it is, India already have quite a few worries of theirs. Their opening combination of Virender Sehwag and Gautam Gambhir has been struggling for a while now, and another failure could dent their confidence further ahead of the World T20. With the latter tournament just days away, it would be ill-advisable for India to tinker with their opening combination. Hence, it is crucial that Sehwag and Gambhir run themselves into some kind of form. The pace bowling department is also a bit of a worry with Zaheer Khan looking jaded in recent games while Ashok Dinda is still too raw to be termed reliable.

Both sides would be keen to improve on their deficiencies at Chennai, weather permitting.