India must admit batting problems against the short ball

The Indian team has been in constant denial mode over their weaknesses against the short ball. But, the woes of the top and middle-order against the rising ball came to the fore again at Mohali.

The Indian team has been in constant denial mode over their weaknesses against the short ball. But, the woes of the top and middle-order against the rising ball came to the fore again at Mohali. The short ball led to the dismissal of four of their batsmen, and had it not been for MS Dhoni’s exceptional innings, the Indian batting would have been in dire straits. While India’s bowling is a major cause of concern, they also cannot ignore the fact that their batsmen have a problem with the short ball, something which they have definitely been doing. 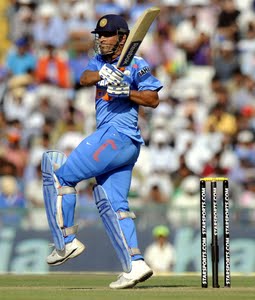 Of the four batsmen who were dismissed to the rising delivery on Saturday, three have been facing an elongated struggle against the short ball. Suresh Raina looked totally at unease again at number four. He poked and prodded around for his uncomfortable 17 before Mitchell Johnson’s snorter forced him to give his wicket away. It is a well-known fact that Raina has a major problem against the short ball, which is one of the chief reasons why he hasn’t been a regular at the Test level. It remains to be seen how long the experiment with Raina higher up the batting order will continue if he continues to struggle.

Yuvraj Singh made a sensational return to international cricket with his smashing innings in the T20, but he is also perceived to have a genuine weakness against deliveries around his chest. He has been softened up on numerous occasions with the short ball, and then the one outside the off-stump has led to his undoing. This trick worked in the first ODI, but at his home ground in Mohali, Yuvraj succumbed to the first ball itself as Johnson fired in the tired and tested short ball outside the off stump. Yuvraj has been a great ODI player, but bowlers have idea how to upset him.

With Ravindra Jadeja, the short ball is inevitable. The two short balls per over rule is the only positive change in favour of the bowlers in recent years, and Jadeja has been one of the batsmen who has suffered the most. His game is predominantly dominated by the backhand, and every time the ball is fired in short near the rib cage he has had no answer to the questions posed by the bowler. Like on numerous occasions in the past, he fell unable to deal with the rising delivery directed at his body.

The fourth batsman in the picture, opener Rohit Sharma, is a better handler of the short ball, but on Saturday even he was found out. The ball from Shane Watson got too big on him, and he ended up skying an easy catch to Aaron Finch. Sharma can play the pull short well, but often he has misjudged the length of the ball, which is an aspect of the game against the short ball he needs to work on. As for the other three, they need to learn how to deal with the rising deliveries, otherwise bowlers around the world with conquer them with ease.