The Australian national team has been embroiled in a lot of controversy since the ball-tampering incident against South Africa came to the fore. 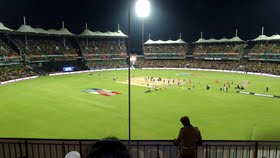 The Australian national team has been embroiled in a lot of controversy since the ball-tampering incident against South Africa came to the fore. The national teams' every action has been criticized heavily not only in Australia but the world over. Now news has surfaced about some of the buzzwords that are being thrown around in the dressing room including 'elite honesty' and Shane Warne is furious with it.

The increased scrutiny is justified in some ways as these players are paid heavy wages. Cricketers are some of the best paid athletes in the sports industry. Sports in general has been commercialized so much that some of the richest athletes are just 25 years old. Thus it is their duty to repay the public's trust with victories but it must be done with honesty and hard work, not unethical practices.

As stated earlier the incident that started this period of destabilization for Cricket Australia started with that ball tampering incident, termed as 'sandpapergate' because players used sand paper to tamper with the ball. It shed light on the culture of Cricket Australia.

The public responded to the incident in a furious manner and it was said that the Australian society's ethical malaise was now reflected in the events in South Africa. That the filth in politics, and business had now stained the untainted hallowed baggy green.

Win at all cost mentality

Australia has produced some of the greatest players and greatest teams, generation after generation. They have been the most dominant force in the history of cricket. The Australian public and the players themselves set high expectations for the team. That has led to immeasurable success for Cricket Australia.

The malaise that is being talked about started way back in 2011. The Crawford and Carter review of 2011 recognized that as cricket grew bigger as a business there was a need of adopting the principles of corporate governance. What it meant was that wins and dollars should roll in without any ethical filters. In sports the measure is always wins and losses. Cricket Australia started giving sizeable rewards to its players for their victories, regardless of how they were achieved.

'Success breeds complacency', perfectly fits the bill for Cricket Australia. It may be the case that many other players and even administrators knew about the misconduct and yet decided to ignore the cost they might have to pay. For them all that mattered was winning at any cost. 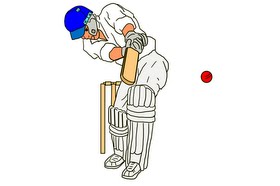 Shane Warne hasn't been holding back his fury over the new buzzwords the national team has come up with. And he says that it makes him 'vomit'. 'Player's Pact' and 'Elite Honesty' are the phrases used to remind the players the duty they owe to the Australian fans.

But Shane Warne says that nothing of value is going to come out of this 'verbal diarrheoa'. He told Fox Sports, “At the end of the day, cricket is a simple game and it's a performance-based game. You've got to perform on the field.” He has called on to the players to forget this nonsense and just go out and do the basics well.