Fast bowler Rubel Hossain captured a hat-trick to bowl Bangladesh to a comprehensive 43-run victory over New Zealand in the first of the three ODIs at Mirpur. 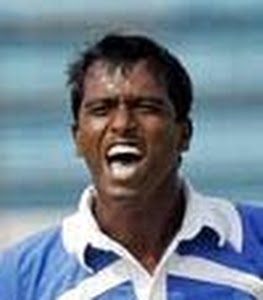 Fast bowler Rubel Hossain captured a hat-trick to bowl Bangladesh to a comprehensive 43-run victory over New Zealand in the first of the three ODIs at Mirpur. In what was a rain-affected contest, New Zealand at 82 for 3 in 20 overs were given a revised target which left them with 124 runs from the remaining 13 overs. Clearly, New Zealand were unlucky as they were otherwise doing fine chasing the original target of 266 from 50 overs.

The tourists were dismissed for 162 in 29.5 overs with the middle and lower middle order having no choice but to go for their shots. Rubel Hossain ran through their batting line-up taking 6 for 26 in 5.5 overs. For the Kiwis, Grant Elliott (71 from 77 balls with 6 fours and 2 sixes) and Corey J Anderson (46 from 31 balls with 3 fours and 4 sixes) came up with some fight.

Earlier, Bangladesh asked to bat first were bowled out for 265. The hosts had a bad start of 25 for 3 before a big partnership of 154 between Skipper Mushfiqur Rahim (90 from 98 balls with 8 fours and 2 sixes) and Naeem Islam (84 from 115 balls with 12 fours) laid a strong foundation. For New Zealand, James Neesham took 4 for 42 while Tim Southee came up with 3 for 34 to restrict the Tigers. Bangladesh missed the services of star all-rounder Shakib Al Hasan, who is doubtful for the remaining matches after falling ill with Dengue.