The English players are delighted to have the top wicket-taker of the ICC Cricket World Cup 2011 among them and they believe that the all-rounder will shower success on them.

Afridi has recently been axed from captaincy following his row with the team coach, Waqar Younis. Misbah-ul-Haq has been given both the Test and ODI reins. 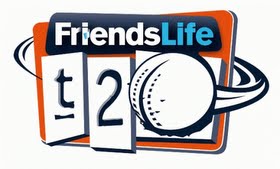 However, Afridi was included in the ODI squad for the team’s upcoming matches against Ireland, but he pulled out voluntarily.

Afridi has mastery over the limited-over format of the game. He poses to be the highest wicket-taker of T20 cricket so far. In 43 games, he has 53 wickets.

The former Pakistani skipper hopes that he will play an instrumental role in Hampshire’s success in the upcoming tournament.

The all-rounder further elaborated, "Having played at the Rose Bowl for Pakistan, I know it's becoming one of the best places to watch cricket.”

A Pakistani pacer, Umar Gul, has also joined Sussex Sharks to play in the tournament.

Another Asian player to play the tournament is Sri Lankan spin star, Muttiah Muralitharan, who has signed up with Gloucestershire Gladiators.

The Friends Life T20 league was founded in 2010 and is organized by the England Cricket Board (ECB).

It contains 18 teams and two phases, Group stage and Knockouts. The current champion of the league is Hampshire.

Afridi vows to deliver his maximum for the defending champions and earn another title for them.

The 1st match of the tournament will be played between Hampshire and Somerset on June 1 at The Rose Bowl.

Afridi has reached England in order to have interaction with his new teammates and get acclimatized with the weather and the field.