Ind vs Eng 4th ODI: The batting was supposed to help India open their account. Instead, in the third one-dayer at The Oval 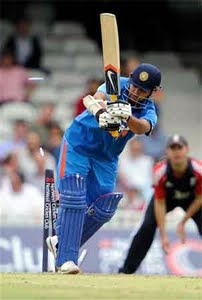 The batting was supposed to help India open their account. Instead, in the third one-dayer at The Oval, it was the much-criticised bowling attack that brought India as close to a victory as they have been on this nightmarish England tour so far, and it will have to step up again in the fourth ODI here on Sunday.

The tour began with a Test match at Lord's on July 21. Four Tests, one Twenty20 and three one-dayers later, the visitors are back at the home of cricket, still searching for their first win. In the process, India have lost their number one Test ranking and a host of players to injury, besides pride and reputation.

Unfortunately though, it could get much worse. The reigning World Champions have only two more games to get off the mark, and both are must-win encounters if India are to prevent England from winning the ODI series as well and overtaking them in the ICC rankings.

There will be no time for the beleaguered Indians to reflect on their latest defeat, but as skipper MS Dhoni pointed out, it was heartening to see the performances of youngsters like Ravindra Jadeja and R Ashwin.

Jadeja, one of the many replacements the injury-hit Indians have needed to call up, contributed with both bat and ball. Walking in for his first game for India since December, that too with the side in the doldrums at 58-5, the left-hander showed immense courage and composure. His 78 runs, in partnership with Dhoni and Ashwin, took India to a decent total. He then picked up two wickets at crucial moments, troubling the English batsmen with his left-arm spin.

Spin, in fact, was what predictably proved to be England’s weak spot. Ashwin - who had earlier scored a vital 19-ball 36 - also picked up three wickets.

The fast bowlers continued to disappoint, though, in sharp contrast to the English attack. Instead of keeping things tight at the start of the England innings, the hosts reached 50 in just 8.4 overs, with neither Praveen Kumar nor RP Singh troubling the openers.

Munaf Patel was worse, criminally conceding 7.13 runs an over, and he is most likely to give way should India take a chance and finally bring in Varun Aaron. The youngster from Jharkhand is yet to don the national shirt in any format, but has shown enough promise and pace in domestic games to solicit a chance.

No changes are expected in the batting line-up, however. The opening pair of Parthiv Patel and Ajinkya Rahane may have failed at The Oval, but they have done well in the previous two games and will be expected to provide a good start again. Meanwhile, Indian fans will be hoping his 69 in the last match sparks a return to form for skipper MS Dhoni.

It has been a swan song to forget for Rahul Dravid, though luck and the UDRS have also not favoured the senior batsman. More worrying is the dip in Virat Kohli's form, the attacking batsman showing none of the flair and aggression that made him a key member of the World Cup-winning side.

England, seemingly, don't have much to worry about, but it was a far from clinical performance from the hosts as they narrowly scraped through by three wickets to take a 2-0 lead in the series. Their traditional failings in the face of quality spin bowling resurfaced, while captain Alastair Cook will also be concerned at how 84 runs were given away in the last 10 overs of India's innings.

Unlike India, however, they bat deep, and the likes of Tim Bresnan, Stuart Broad and Graeme Swann have shown that they are more than capable of milking the toothless Indian attack.

India now need to come up with something special to level the rain-hit series. If they win the toss, batting second in the day game might be a better option on a Lord's wicket that generally favours the batsmen. They will also need some help from the weather gods, with more showers predicted for Sunday as well, as the search for that elusive win continues.