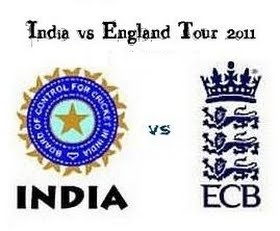 India may have been reduced to a bunch of floundering amateurs against an inexorable English side in the current Test series. Victory has come so ridiculously easily to the hosts that even if the odds suggest otherwise, they might be prone to drop their guard. After all, such a tendency is not uncommon among the strongest past Test sides in the World.

But what stands as a bewildering omen to England's invincibility is the ability for even the ostensible sitting duck or weaker links in the side to turn a new leaf mid-series. We've seen a bumbling English opener Alastair Cook revive his recipe for unadulterated disaster. Failing to find a groove in the first two Tests, he finally put his shoulder to the wheel in the third and emerged the hands-down hero of that encounter.

England can sing similar praise of Eoin Morgan who went from poor scores to meting out a century no less. With even the latter order playing a robust hand to vehemently quash any hopes of an Indian fight back, England has demonstrated an tremendous spirit of cohesion in the ranks. It's a unity that has transcended individual glory. And is perhaps greatest lesson that India can glean from the series thus far.

Indian openers VirenderSehwag and GautamGambhir have chalked up 10 century stands in Tests, SachinTendulkar and RahulDravid can also boast of record partnerships, while VVSLaxman is often hailed as the star of India's overseas missions. Now it's time for all that potential to find realisation amidst gross adversity. It will be a challenge to getting back to what they do best.

As for the Indian pace attack. They have collectively delivered a little under 500 overs to the English line-up. That should be a long enough period for them to figures a few chinks in the English armour. If they can consciously and persistently target and expose these latent maladies, the bowlers could be in business.

To that end, the Indian fan will be hoping that the visitors' most successful seamer in Praveen Kumar will overcome his sore thumb, or else India would suffer a further set-back with replacement R P Singh coming on board so la5te in the series. With Praveen as the meritorious leader of the attack, maybe some of his magic will rub off onto his struggling fellows in Ishant Sharma and Sreesanth.