Going into the second Test against the West Indies, Team India stands at the brink of doing what none of its predecessors have managed to achieve: winning both the ODI and Test series in the Caribbean. 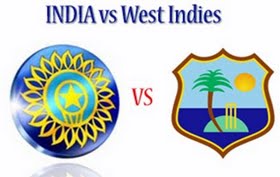 Going into the second Test against the West Indies, Team India stands at the brink of doing what none of its predecessors have managed to achieve: winning both the ODI and Test series in the Caribbean. And with India's second most successful captain at the helm, the No. 1 Test team looks all set to accomplish the feat.

The second Test of the three-match series gets underway at the Kensington Oval on Tuesday, where the visitors can be dished out perfume balls on a lively track. But it can also work in favour of Indian pacers who bowled India to victory in the first Test.

Both Ishant Sharma and Praveen Kumar were in their elements at the Sabina Park who outclassed their much experienced spin department led by Harbhajan Singh, who may achieve the landmark of 400 Test wickets, needing just four to reach the magical figure.

A bouncy track may, in fact, pose even serious questions to a deflated Windies' batting lineup that succumbed to the discipline of India's inexperienced fast-bowling pair in the first Test.

Adrian Barath, who scored a quick half century in the second innings at Jamaica, showed some sign of form but was immature to gift his wicket away at a crucial juncture.

In the absence of Chris Gayle, who continues to be ignored by the selectors, Darren Bravo, Shivnarine Chanderpaul and Ramnaresh Sarwan will have to shoulder the responsibility and come out of their dismal showing at the Sabina park.

Brendan Nash has also lost favour of the selectors and has been replaced by Kirk Edwards. But hometown boy Edwards is unlikely to make his debut in the presence of Marlon Samuels, who - after being overlooked for the first Test - is most likely to replace Nash in the middle order.

But the West Indies bowlers must be credited for their performance in the first Test, with leg-spinner Devendra Bishoo scalping seven wickets in the able support of Fidel Edwards and Darren Sammy. However, it must be added that India were hard done by some shoddy umpiring, the standards of which need to rise considerably in the second Test.

Barring the first day in Jamaica, where Harbhajan Singh and Suresh Raina rescued the visitors from a precarious 85/6, India controlled the game to win with a day to spare. Other than Raina and Rahul 'The Wall' Dravid, India need to look at the formation of the batting order.

Virat Kohli, Murali Vijay and debutant Abhinav Mukund failed to make use of the opportunity. While Kohli and Vijay are certain to keep their place, skipper MS Dhoni may ponder replacing Mukund with Parthiv Patel, who had a relatively successful ODI series at top of the order.

In light of the hosts presenting a fast Kensington Oval track, Dhoni has hinted at bringing in Munaf Patel in place of Amit Mishra, who was at best average in the first Test. That means India may go in with a 3-1 combination in favour of pacers, with Ishant and Praveen being the other two and Harbhajan Singh the lone spinner in the eleven.

But while Dhoni and Co. will be eying a double triumph, they will be up against a 58-year winless record at the Kensington Oval.

Since 1971, when they drew against the hosts, India have lost five successive Tests at the venue. In fact, they haven't been able to upstage the hosts ever in the seven Tests they have played here so far. This might just be the best chance to set that record straight.