West Indies will be wary of Bangladesh’s spin threat

Bangladesh and West Indies clash for the opening Test at the Shere Bangla National Stadium, Mirpur from Tuesday.

Bangladesh and West Indies clash for the opening Test at the Shere Bangla National Stadium, Mirpur from Tuesday. It is a short 2-Test match Series between the two lowly ranked teams. Of course, West Indies will be the favourites as they have been the better established test teams of the two. And with the presence of Chris Gayle, West Indies are quite a powerful unit in sub-continental conditions. 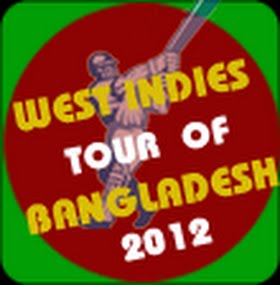 The strength of Bangladesh is its spinners and on slow turning tracks, not many batsmen find it easy to get going against them. The temperatures in Dhaka seem to be on the lower side and there is no real threat of rain for the five days to come. The only problem that one could foresee in this part of the world is that bad light could come into play with fog at the start of the day’s play and then towards the end, the light likely to quickly fade away.