The ICC has announced the schedule of warm-up matches to be played in the lead-up to the Champions Trophy, to be staged at Cardiff Wales Stadium, Edgbaston and The Oval from June 6 to 23.

The warm-up matches will be played from May 30 to June 4 at the three tournament venues. In line with previous ICC events, none of these matches will carry official ODI status. 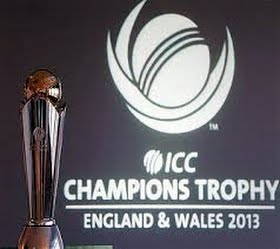 On May 30, 2002 edition winner Sri Lanka will take on Pakistan in a day/night fixture at Edgbaston. This will be the first of the four warm-up matches, which will be televised live by STAR Sports, ICC's host broadcaster and global broadcast partner.

On June 1, India and Sri Lanka go head to head at Edgbaston in a day fixture. On the same day at Cardiff, defending champion Australia will take on 2004 winner West Indies in a day/night match.

On June 3, South Africa and Pakistan will lock horns at The Oval in a day match.

On June 4, Sri Lanka will square off against the West Indies at Edgbaston, and Australia will take on India.