MI vs RPS review: Mumbai lost the match in the first five overs

Being defending champions, Mumbai Indians did begin the IPL T20 opener being played at their home ground, at the Wankhede Stadium in Mumbai, as slight favourites

Being defending champions, Mumbai Indians did begin the IPL T20 opener being played at their home ground, at the Wankhede Stadium in Mumbai, as slight favourites. But, it is also true that they are not great beginners, and this aspect of theirs again came to the fore in the opening match of IPL 9 against new entrants Rising Pune Supergiants, but also a team with a number of star players, with a lot of IPL experience. The seasoned nature of the RPS performers came to the fore as MS Dhoni’s team eased to win on Saturday.

Looking back at the match, Mumbai will rue the fact that they lost too many wickets too soon. By the time the fifth over was done with, they had collapsed to 30 for 4, and not long after, to 40 for 5. From that point there was no way back for Mumbai. Although Harbhajan Singh played a smashing knocking towards the end, plundering 45 from 30 balls, most of the damage had already been done, as 121 was not going to be a big enough score to defend, unless Mumbai’s bowlers came up with a performance on par with Pune’s. 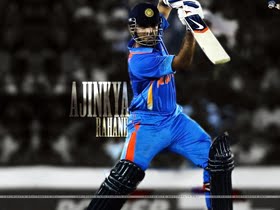 In hindsight, Mumbai’s decision to bat first after winning the toss backfired on them, as the ball was definitely doing things for the pacers. In contrast, when Pune came in to bat, most of the help had evaporated and Ajinkya Rahane and Faf du Plessis had it rather easy as they gunned down the target without any trouble. The only way Mumbai could have kept a check on Pune’s scoring was if they managed to pick up early wickets. But, the 78-run opening stand between Rahane and du Plessis put paid to their hopes, before Kevin Pietersen finished off Mumbai.

Going into the match, there would have been apprehensions about Ishant Sharma, in spite of his experience, for he hasn’t quite found the going easy in limited overs internationals. But, on a pitch that offered assistance, he delivered. The two wickets he picked were big ones, those of Mumbai skipper Rohit Sharma, and the other opener Lendl Simmons. It set Mumbai back early. Mitchell Marsh also proved his worth with the ball, claiming the scalps of Hardik Pandya, and Jos Buttler. Mumbai’s struggles were typified by Shreyas Gopal’s struggles, who finished with a painstaking 2 from 16 balls.

While there wasn’t much pressure on Rahane and du Plessis as they set out to bat, they still had a job to do. And the duo brought out all their experience into play, and put on a stand that ensured Mumbai were completely out of the match. And, after the opening stand was broken, Kevin Pietersen came in and played a cameo that stamped Pune’s authority on the match. Mumbai did have a couple of chances, which they failed to grab. Buttler missed a run out after the openers were involved in an embarrassing mix-up. Gopal also dropped a caught and bowled offered by Rahane. The missed chances were symbolic of Mumbai’s day.