Gautam Gambhir will not tour the West Indies due to his injured shoulder, it was finally confirmed by the BCCI after Friday's selection committee meeting to pick the Test and ODI squad.

Gautam Gambhir will not tour the West Indies due to his injured shoulder, it was finally confirmed by the BCCI after Friday's selection committee meeting to pick the Test squad. But in an unfortunate development today, Yuvraj Singh has also opted out of the tour due to a respiratory infection.

Yuvraj has a small patch of pneumonitis on the left lung. Sachin Tendulkar, who had earlier opted out of the ODIs, will now miss the whole tour citing family commitments. With Gambhir's injury, and with Virender Sehwag undergoing a shoulder surgery, India will be without both their regular openers after a long time. 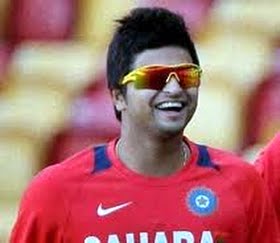 "Tendulkar will not play the Test series. However, he will be available for the full tour of England, that follows," the BCCI said.

Suresh Raina will replace Gambhir as the ODI captain. Manoj Tiwary and Shikhar Dhawan have been named the replacement batsmen. Harbhajan Singh will be Raina's deputy.