The third and final test match between West Indies and India will take place at the Windsor Park, Roseau, Dominica. This will be the first test match taking place at the venue. 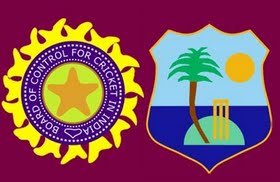 The third and final test match between West Indies and India will take place at the Windsor Park, Roseau, Dominica. This will be the first test match taking place at the venue. India lead the test series 1-0 and West Indies are in a must win position to prevent series loss. India, on the other hand, will look for a 2-0 series wrap to begin the England tour with confidence.

Changes in West Indies squad for India Vs West Indies 3rd Test:
Sarwan will be replaced by Nevisian opener Kieran Powell in the third test which will begin Wednesday at Windsor Park, Dominica. Team India will remain unchanged for the third test match.

The main difference between India and West Indies is the key match saving batsman. India has developed quality players who could take up the responsibility to guide the team to safe position in case of some early damage. West Indies batting lineup has got enough talent to outplay the World's No 1 ranked test team but none of them have played a match winning for the team.

However, the playing eleven for team India has not been confirmed yet. India played with 3 pacers for the Kensington Oval test match and probably Abhimanyu Mithun might be replaced by leggie Amit Mishra depending on the pitch behaviour.