The BCCI on Wednesday decided to send reinforcements to the injury-hit Indian Test squad in England in the form of Virat Kohli, who will replace Yuvraj Singh, and left-arm spinner Pragyan Ojha, who will take the place of Harbhajan Singh. 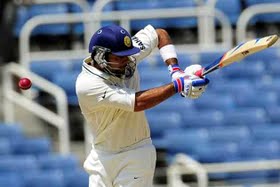 The BCCI on Wednesday decided to send reinforcements to the injury-hit Indian Test squad in England in the form of Virat Kohli, who will replace Yuvraj Singh, and left-arm spinner Pragyan Ojha, who will take the place of Harbhajan Singh.

Both Yuvraj and Harbhajan were ruled out on Wednesday after suffering injuries during the second Test at Trent Bridge, which India lost by 319 runs.

Yuvraj has suffered a fracture to his left index finger after being hit by a Tim Bresnan snorter in the second innings at Nottingham, while Harbhajan has an abdominal strain.

"Harbhajan Singh has a grade I abdominal muscle strain. Yuvraj will take around four weeks to recover and Harbhajan is likely to recover in three weeks. Both Kohli and Ojha will join the Indian team at the earliest," BCCI Secretary, N Srinivasan, said in a statement.

Kohli was in India's Test squad to the West Indies but was overlooked for the Test series in England after a dismal performance in the Caribbean. He has played just three Test matches for the country so far and has scored 76 runs at an average of 15.20.

The Indian team suffered a number of injuries on their tour of England, which began with the first Test at Lord's.

Pace spearhead Zaheer Khan suffered a hamstring strain on the first morning of the first Test. Gautam Gambhir picked up an elbow injury after being hit by a full-blooded sweep shot by Matt Prior at Lord's. He missed the last Test but is set to play at Edgbaston.

Virender Sehwag, who joined the team on Wednesday and is expected to play in the third Test at Edgbaston, had to pull out of the first two matches owing to a shoulder injury.